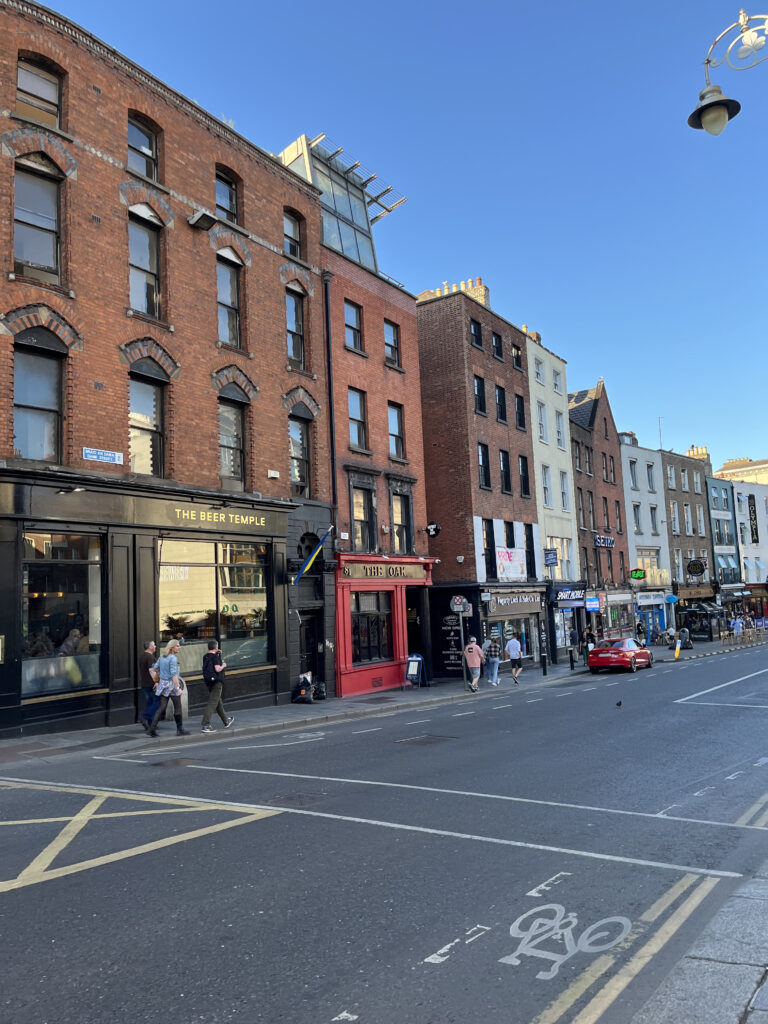 When looking for a hotel for my cousin and I in Dublin, I wanted a room with 2 beds and a decent location in the city.  That was actually harder to find than I thought, without a huge price tag.  Overall, I was really happy with the Hyatt Centric and I’d stay there again.

Cool Design – This hotel is basically brand new and the design is modern and cool.  I really liked the look of the hotel in general in both the common areas and in the rooms.

Service – I went down one of the mornings while my cousin slept and had a Zoom call for work.  The staff was really helpful in finding me Zoom call spot.  They also were really kind and helpful with everything we asked. 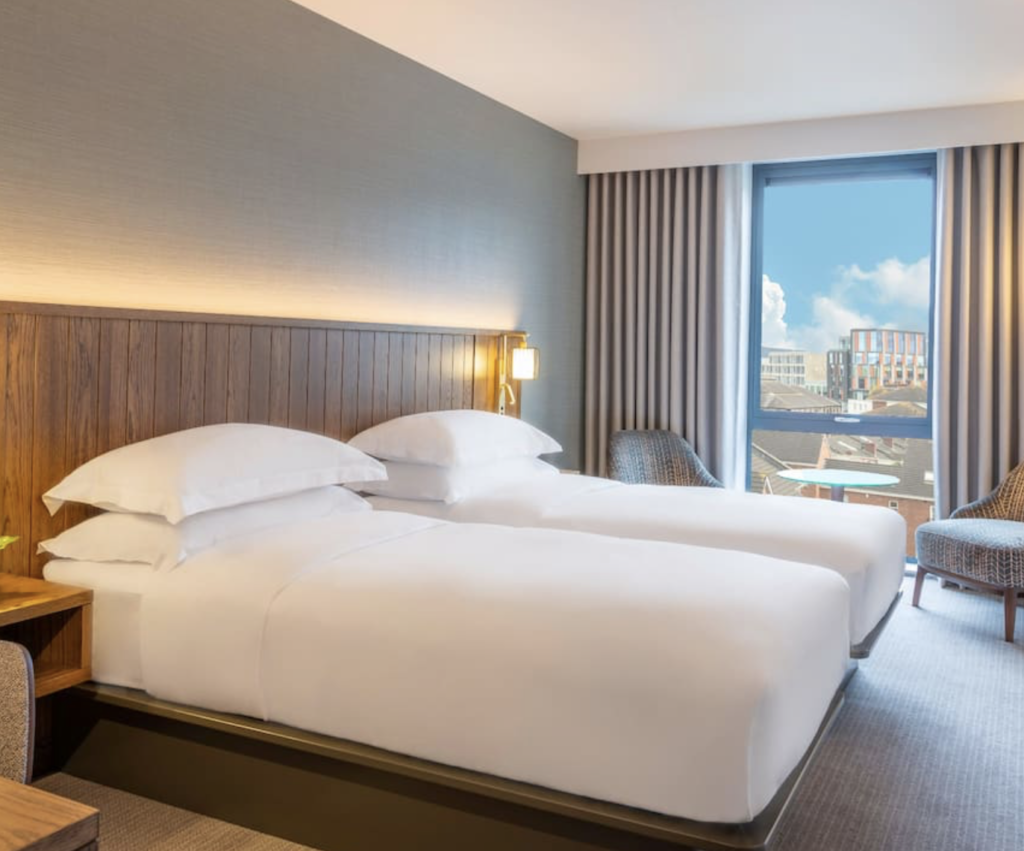 Lattes at the Bar – The hotel is a little off the beaten path in central Dublin and when I was up early, there weren’t a lot of coffee shops nearby open so I was pleasantly surprised that the hotel could make me Oatmilk Lattes at their bar and that was a really nice touch each day.

Location is Just Ok – This hotel is in The Liberties neighborhood of Dublin and it’s a little outside the city center.  While for us it wasn’t really an issue, it definitely was at least a 10-15 minute walk to get to most of the restaurants and well known areas of the city like Temple Bar or Grafton Street.  It wasn’t as central as I would have liked, but if you’re ok walking and the weather is decent, it’s fine.