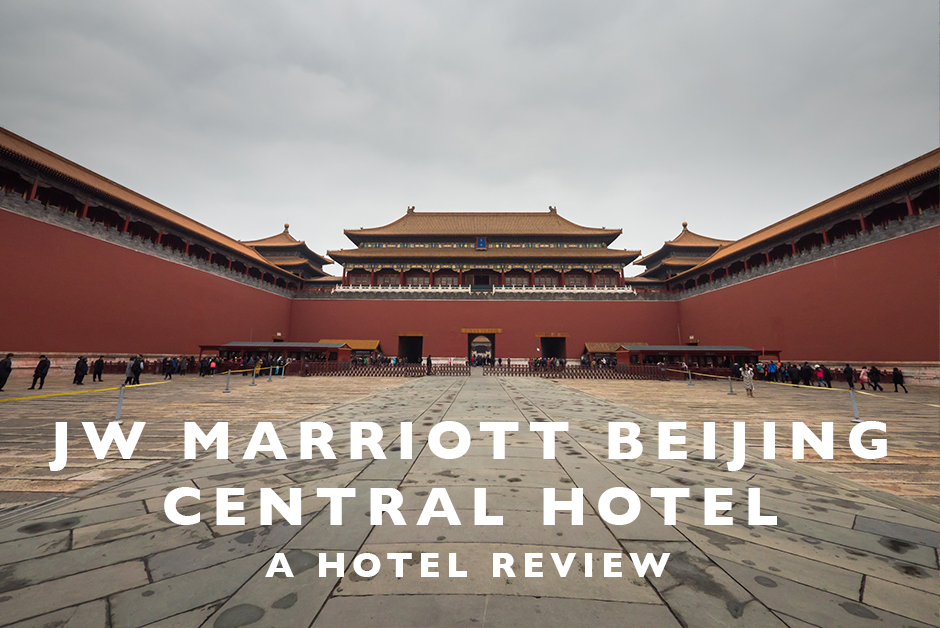 Earlier in the year, we stayed at our first JW Marriott properties in Peru and fell in love with the brand.  So when we were booking our stay in Beijing, I knew I wanted a Western brand for comfort and a location easy to access the city – enter the JW Marriott Beijing Central Hotel.  It was the perfect blend of what we wanted for this trip and I’d highly recommend! 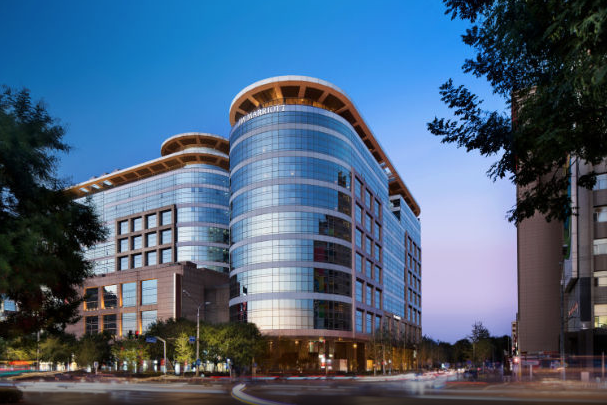 The Design -The hotel was impeccably designed throughout.  While touches of Oriental design shown through, it was clean and chic throughout.

Large Comfortable Rooms – Our room was large and spacious, with 2 double beds, a writing desk as well as a small sitting area.  It was great to be able to spread out during our stay. 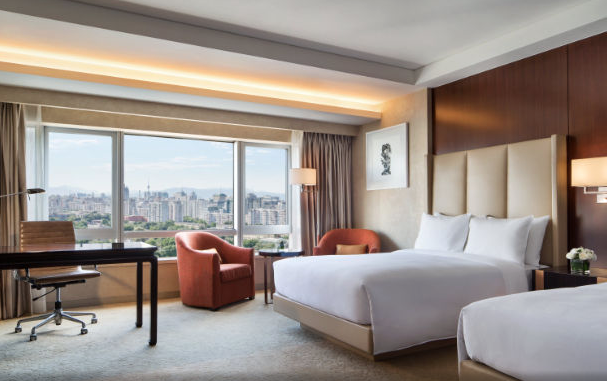 The Shower – I love a good shower when traveling and this one was a great rain shower.

Friendly Staff – The staff were quite friendly the whole time during our stay and were there to help with whatever we needed. 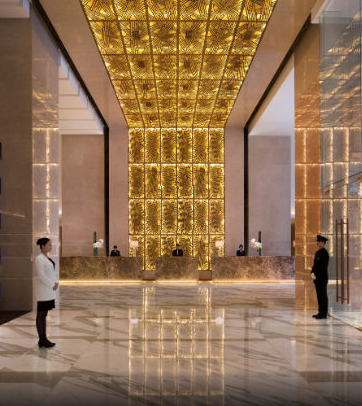 The Shower – A good hotel shower is a great perk.  But then there are some hotel showers that are just beyond.  This was one of them.  It was incredible with a powerful rain fall and windows looking out over our private, walled courtyard which made it feel almost like you were outside but still completely private.

The Location – The location was in a nice modern area of Beijing but only about a 30 minute walk from Tiannamen square and the Forbidden City, which made it convenient to explore.

Taxi Issues – On our way back from the Forbidden City we stopped 4 taxis to show them the card our hotel gave us with the hotel information in Chinese and they all refused us. We learned later that it was because our hotel was in an area not many taxis like to go since it’s further away from the tourist areas… so we ended up walking.  While not that huge of a deal, it’s worth noting.

Buy a package with breakfast included in your room – The breakfast buffet is well worth it at this hotel and since most places around the hotel won’t offer Western Breakfasts, it’s well worth to add this to your hotel package since it’s more expensive to add later.

Have a hotel driver pick you up from airport but take a taxi back – We had the hotel arrange a driver to pick us up at the airport on the way in and we were glad we did since it was our first time in China.  On the way back though, we just hailed a taxi for the airport and it was way cheaper.  Keep in mind the language barrier though as it might be hard to tell a taxi on arrival where to take you, where on the way back, it’s easier to just say airport as the destination.