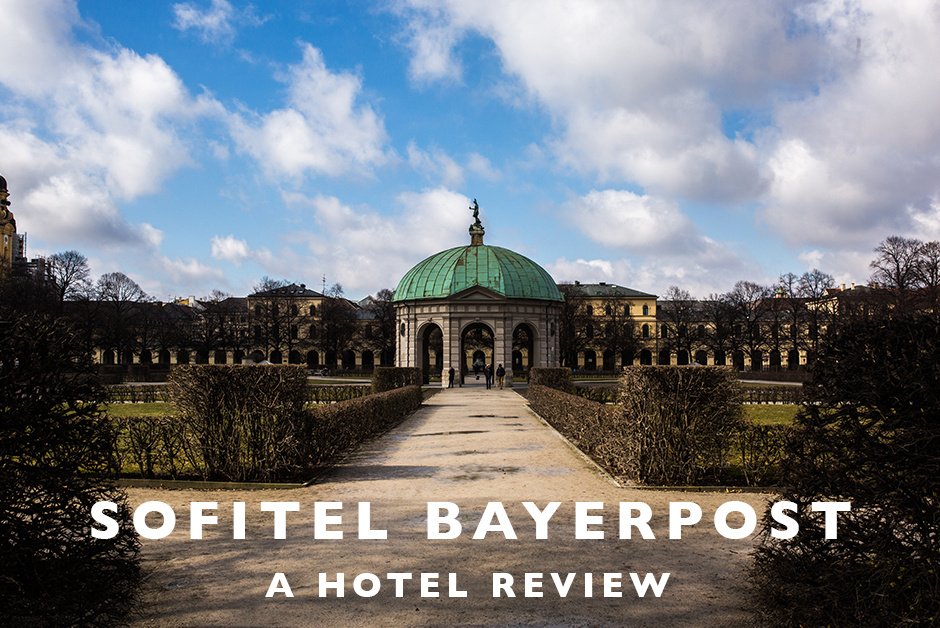 The criteria I was looking for in our hotel in Munich included proximity to the train station for easy access to and from the airport, a cool design and comfort.  Unfortunately, we didn’t love our stay at the Sofitel Bayerpost which was too bad since I was so excited about it.  While the location was super convenient and the exterior of the hotel gorgeous, the hotel fell short in a lot of other areas detailed out below. 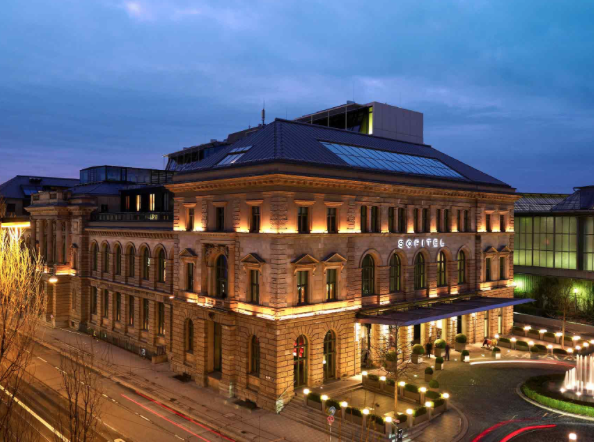 Location- If you’ll be coming and going into Munich from the airport on the train, this hotel is super convenient.  It’s literally right outside the Central Train Station in the city which makes it easy.  It’s also only a quick 10 minute walk from the Old Town / Marienplatz area. 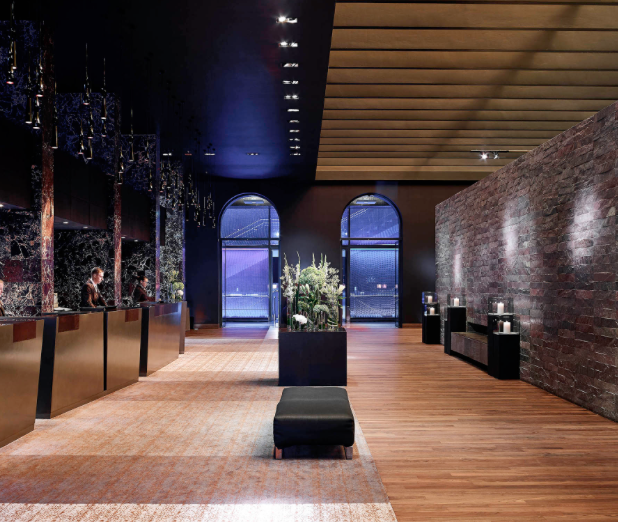 Comfortable Bed – One of the redeeming factors in our room was the comfortable bed!

Slow Wifi – There is nothing that kills me more at a luxury hotel than slow wifi and the wifi at the Sofitel Bayerpost was not good.  It kept cutting out and was super slow most of the time.

Shower Flooded – Our first morning in Munich when I went to shower, I quickly realized after running the water for a couple seconds the whole shower was flooding into the bathroom.  I had to literally turn the water off every few seconds to let it drain and then turn it back on.  We told the front desk when we left for the day and it was fixed later, but it was a huge pain that first day and something that should be tested by housekeeping so guests don’t have to deal with it.

Bad Functioning Layout of Space – The room was strangely laid out and even though it felt big in some areas, others were really poor functioning spaces.  The counter in the bathroom was so low, it literally hurt my back and neck to crouch over to use it.  I said the whole time it would be a great case study for my design students on what NOT TO DO in a hotel. 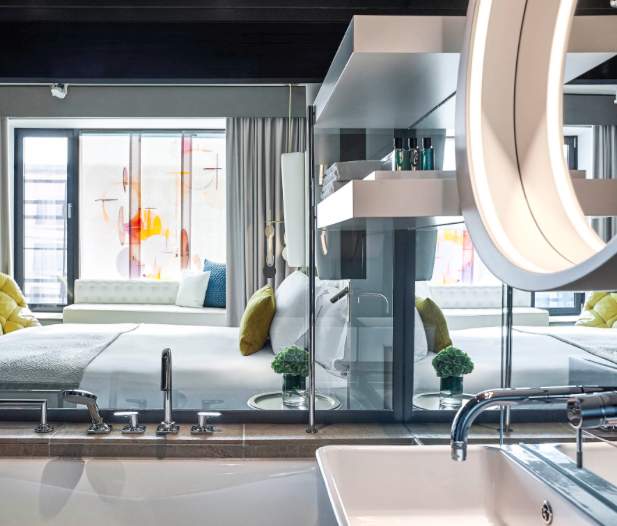 Outlets in weird spots – While there were a decent amount of outlets in the room, they were in really weird spots and hard to find.

Room was loud – The finishes in the room made loud sounds and made it excessively noisy.  The glass bathroom sliding door went up against metal and made a loud clang every time is was used, the wood drawers had no closers on them and made a loud sound every time opened and closed.  It was just an annoying design feature throughout.

Get Breakfast at the Train Station – The great thing about the location of this hotel is the proximity to tons of little restaurants in the train station that will offer breakfast at a fraction of the cost at the hotel.

Take the Subway/train to the airport – The train from the Munich airport to the Central Station takes about 50 minutes but is super easy.