It’s no secret that I travel a lot.  Some of that is due to work but the majority of it is due to my passion for seeing the world, my love of that feeling I get stepping foot in a new place, experiencing the amazing destinations our world has to offer.  I travel for so many reasons, but the main reason is to experience our world, to learn about people living all around it, to fill my life with experiences.

Travel (at least as much as we do), is incredibly fulfilling, yes, but it also brings with it many things that most people never hear about or see on travel blogs.  I come home from my travels with Nick’s gorgeous photos, with experiences that I’ll remember forever and words to describe what I saw, how I felt and the lessons I learned.  But what often times you don’t see here is the “dark side” of traveling, if you will.  I don’t often share the moments of pure frustration at delayed flights, the days you’re wandering a foreign country sick, the moments you’re lost and haven’t a clue where to go and don’t speak the language.  Often those moments get lost in the span of the amazing moments while traveling and honestly, 99% of the time, the good far outweighs the bad.

But I want to be honest here in this space and with all the incredible, life changing travels I’ve done, also come some “cons” that aren’t often talked about.  Traveling the world can be a misconception in itself.  No one steps off a 14 plane ride and feels amazing, yet often that seems the case.  So today, we’re covering some of the most common travel misconceptions.  However, at the end of the day, traveling is a choice you make, accepting both the good and the bad. 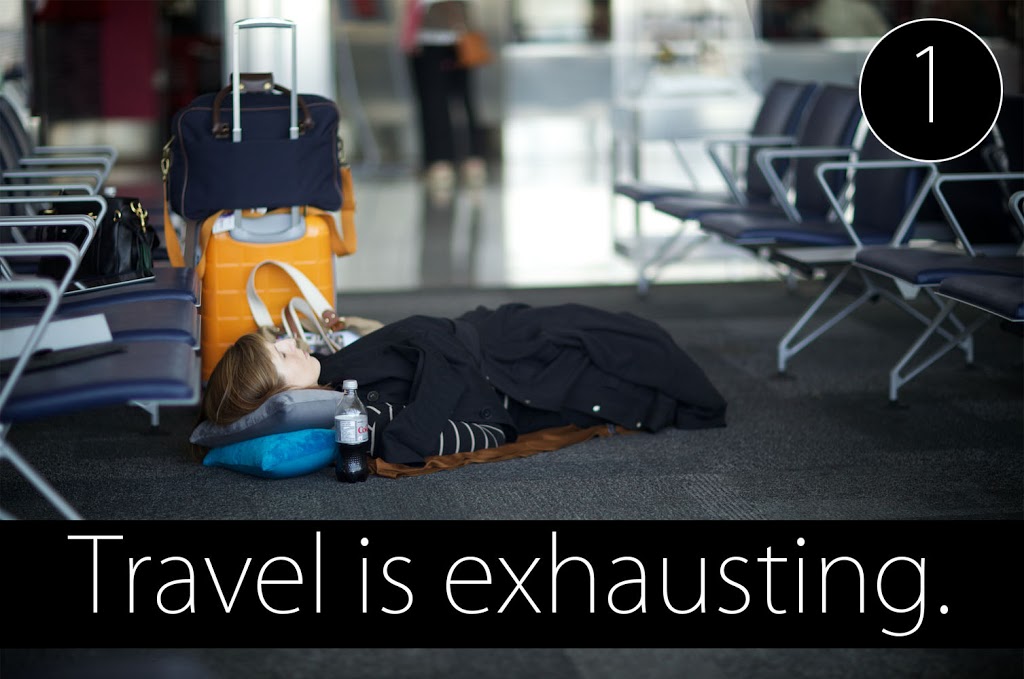 Yes, travel is incredibly rewarding and fulfilling but it’s also downright exhausting.  And yes, that is a picture Nick took of me sleeping on the floor of the Toronto airport a few years back en route to Rome when our flight was canceled.

Traveling is exhausting whether you’re sleeping on an airport floor or getting upgraded to business class, believe me, I’ve done both and no matter how you swing it, you’re going to be tired and drained after you get off a 10+ hour flight.  There really isn’t much you can do to get around that except take care of yourself while you travel and power through the exhaustion. 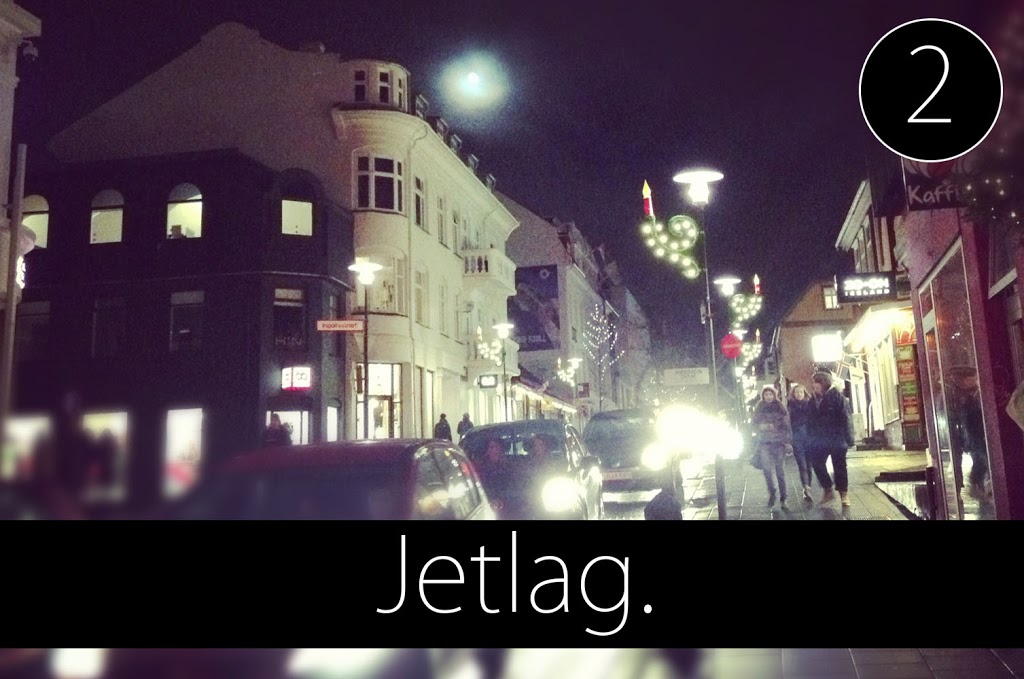 Jetlag.  It’s such an annoying part of traveling but a part we have to live with and just do the best we can.  I’ve dealt with a lot of jet lag in my life, probably the worst when we lived in the Middle East, as we were facing a complete opposite 12 hour time difference when we’d come back to the States and then the same thing on the other end when we returned home.  I can remember so many sleepless nights and having to go to bed at 1pm.

But even in more recent years, even closer time zones can throw you off.  Perhaps the worst jet lag I’ve experienced in the last few years was our trip to Iceland, which was only a 7 hour flight from Seattle and I wasn’t expecting to get hit very hard with the fairly short trip.  I was so wrong.  And perhaps it had something to do with me being sick or the short daylight hours, but we arrived and basically slept our whole first morning, only then to explore in the afternoon and not make it past 4pm thinking we’d sleep the whole night.  We woke up at midnight and being wide awake and starving, we ventured out into Reykjavik to find some pizza.  Even though at the time, we were miserable, it’s still a story we reminisce about often so I guess, in the end, jet lag sort of becomes that horrible thing that ends up a funny story. 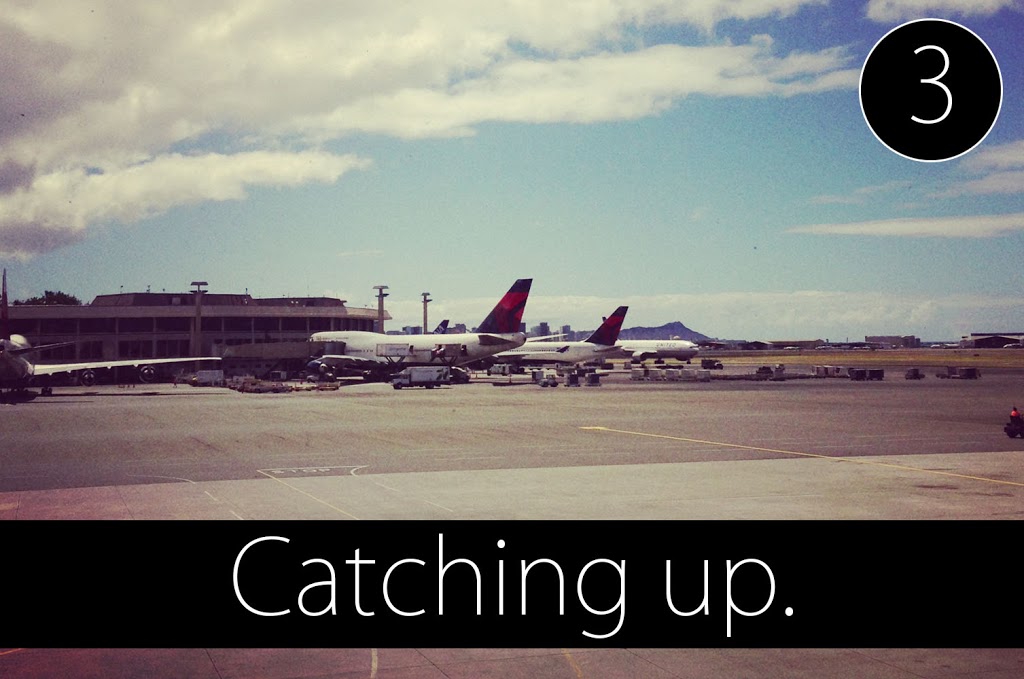 This is the one thing about travel that hits me so hard after each trip, catching up on life when you return.  The thing is, life doesn’t stop when we travel, in fact, often a ton of stuff happens while we’re gone.  Everything from emails overflowing, all the mail to go through, unpacking and laundry, not to mention work and other commitments, seems to all explode upon our arrival home after a great trip.  There is nothing that says “vacation is over” like catching up on everything when you get home. 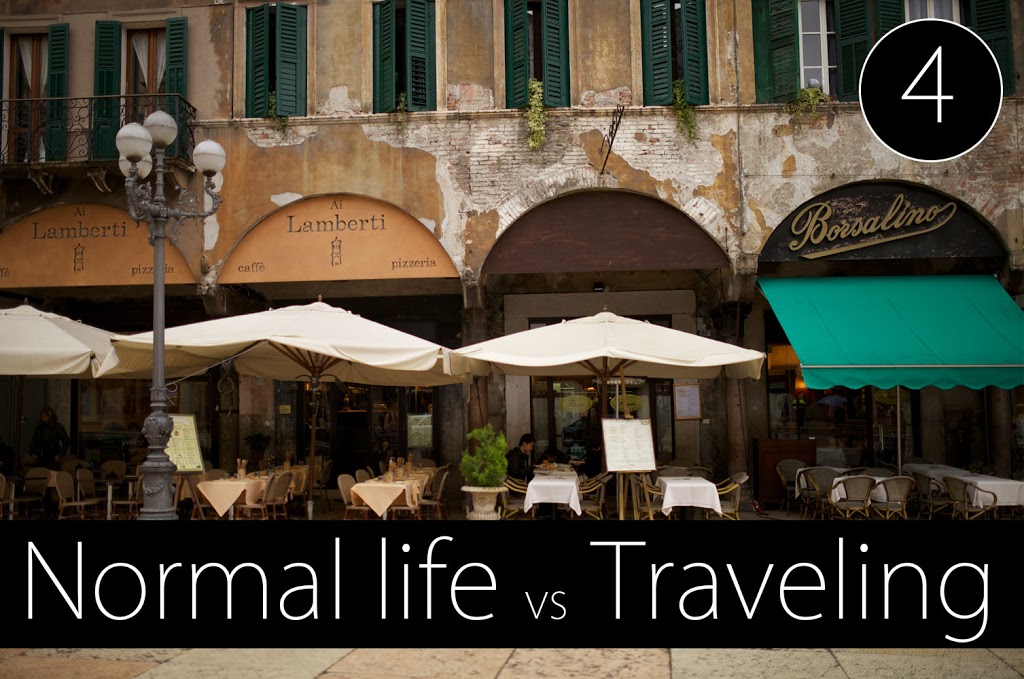 This is another huge travel misconception that isn’t often brought to the forefront but that always makes a big impression on me.  I find on every trip that when I fall so in love with a place I’m traveling to that when I come home, often it’s hard to readjust.  For example, I love Europe and I always feel like Europe just “gets me,” I feel at home there, I get accustomed to incredible fresh food, old beautiful buildings and the aura that only Europe seems to have, that when I come back to the States, I’m often thrown into a few weeks of readjustment.  I have to readjust to seeing people grocery shopping in their pajamas, fast food on every corner and all the other things that come with American society that aren’t as prevalent around the rest of the world.

I often go through a few weeks upon return getting back into my “American life” as well as readjusting from vacation mode to regular life, yet every time it hits me as hard as the time before. 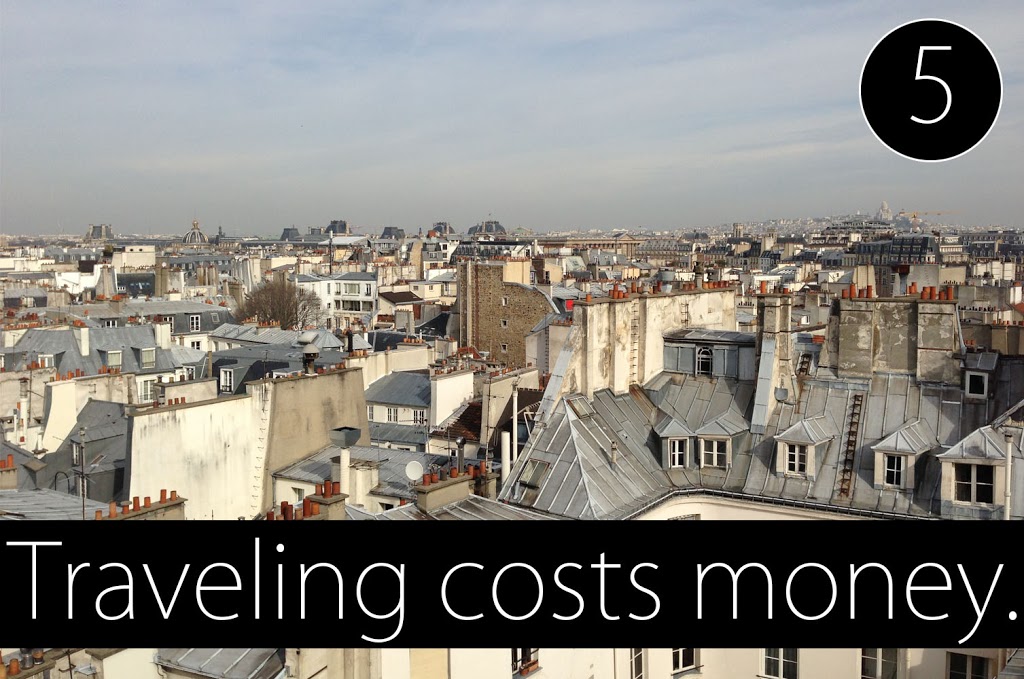 There is really no way around it, at the end of the day, traveling does cost money.  I know that’s a big deterrent for people and the main reason why more people don’t travel and yes, I put a large amount of money into my budget to be able to travel.  We have a small apartment, no kids or pets and we have a certain amount of disposable income at the moment that we put into travel because that’s our priority.  And I certainly realize that not everyone has the extra cash to throw into traveling, but here’s the thing, we invest in our educations, we invest in our futures and for me, I add another category to my investments.  I add money to invest in travel because it’s not only offering me more opportunities to learn, it’s also investing in the world’s future.

While yes, often times I think about other places that money could go, mainly a bigger apartment, I always end up realizing that I don’t mind giving up other things to be able to travel like we do, because at the end of the day, for me, that’s what’s most important.