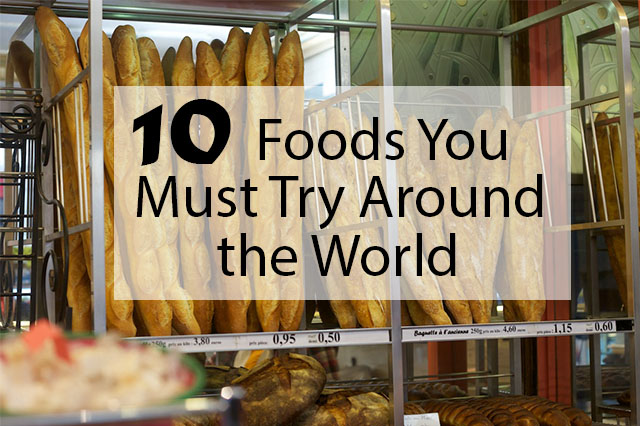 One of my favorite things about traveling is trying different kinds of food all over the world.  It’s no secret that Nick and I both love to try different food, even here at home in Portland, and it’s something that makes travel so fun for us is to find amazing food around the world.  So far in our travels, we’ve had some incredible meals around the globe, food we still crave to this day and when we look back at some of our trips, some of our favorite memories are the food we had there.  So today, here are the 10 foods you must try in your lifetime, from all around the world.  Obviously this list is only comprehensive of places we’ve been so far and will grow over time, but for today, here is the list (from places we’ve been so far) of the foods that have changed how we think of certain destinations. 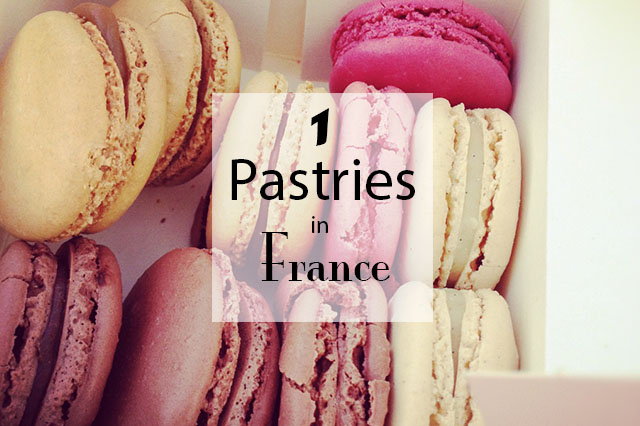 Whether it’s croissants, macarons or tarts, France has some of the best pastries in the entire world.  Many other countries try to replicate what France is famous for, but very few stand up to the test so spend your time in France tasting every pastry you can find. 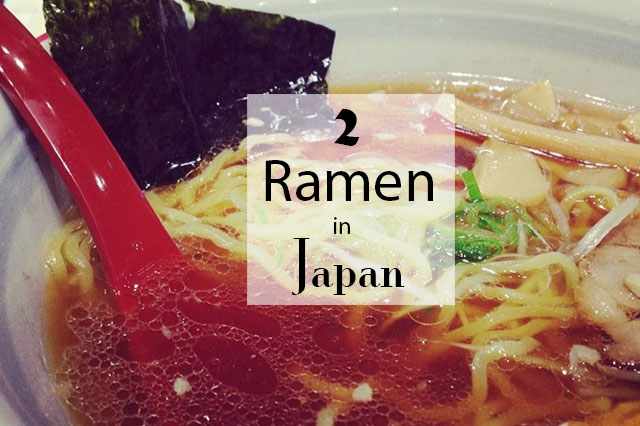 Even though my extent of time in Japan is to a few hour layover at Narita Airport earlier this year, one thing I can tell you is that ramen in Japan (even in the airport) is nothing like it is anywhere else in the world.  I’ve had a lot of ramen in my life in places with heavy Asian influence like Hawaii, but the ramen we enjoyed in Japan (and I know it wasn’t even the best that Japan has to offer in the airport) was amazing. 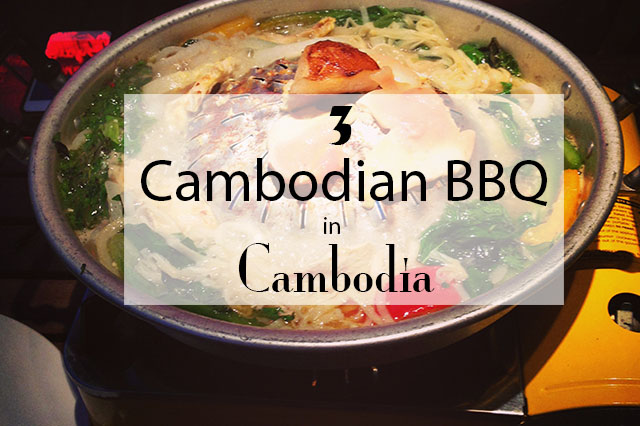 One of the meals Nick and I still talk about regularly, the Cambodian BBQ we had on our last night in Siem Reap is one of the best meals we’ve had traveling, ever.  This BBQ/noodle soup was seriously incredible and I crave it often. 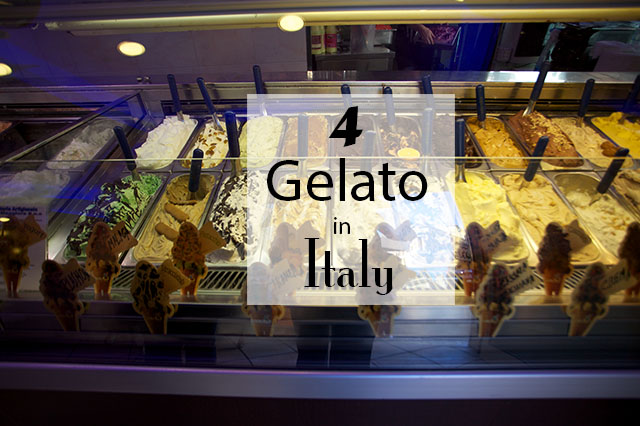 You really can’t go to Italy and not have gelato because it’s pretty amazing.  The texture and flavors are not easily replicated elsewhere and I had gelato for breakfast, lunch, dinner and dessert during our few trips through the country.  I’m partial to Stracciatella but all the flavors are delicious! 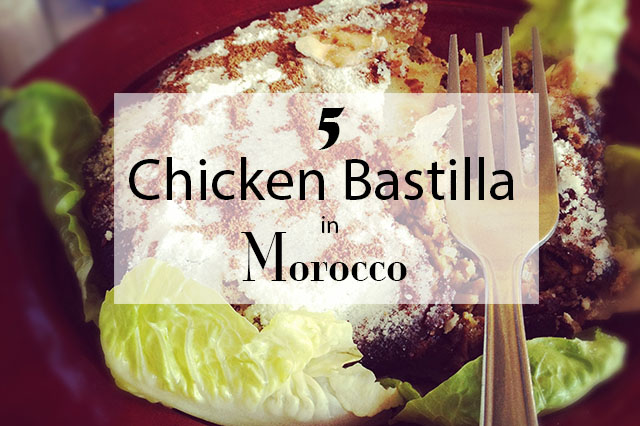 One day while in Marrakech, Nick and I had lunch at a little restaurant near the Koutoubia Mosque.  We ordered chicken bastille and devoured it.  A few hours later for dinner, we ventured back to the same restaurant and ordered it again… it was that amazing.  This layered pie type dish is filled with ground chicken, nuts and spices, wrapped in filo dough and then covered in powdered sugar and cinnamon.  It’s one of those dishes that really shouldn’t work, but it just somehow does. 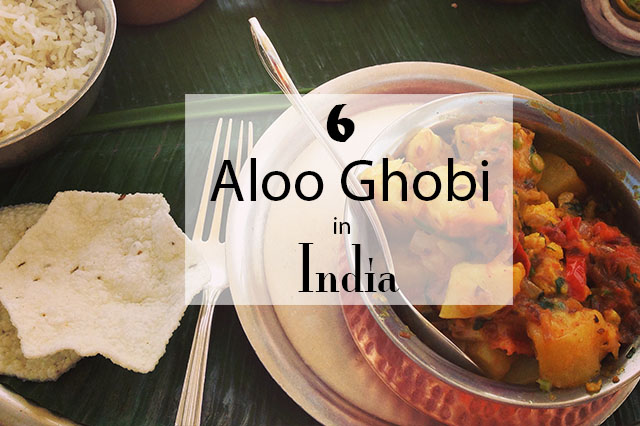 If you like Indian food, there is obviously no place to have better Indian food than in India itself.  My favorite dish, Aloo Ghobi, is a mixture of spiced potatoes and cauliflower and I devoured the dish many times on our trip to India earlier this year.  Nick is still asking every Indian restaurant we go to if they have Butter Naan like we had in India and to his disappointment, no they don’t.  I’m not sure what they did to it, but the butter naan we had in India along with Aloo Ghobi was simply incredible. 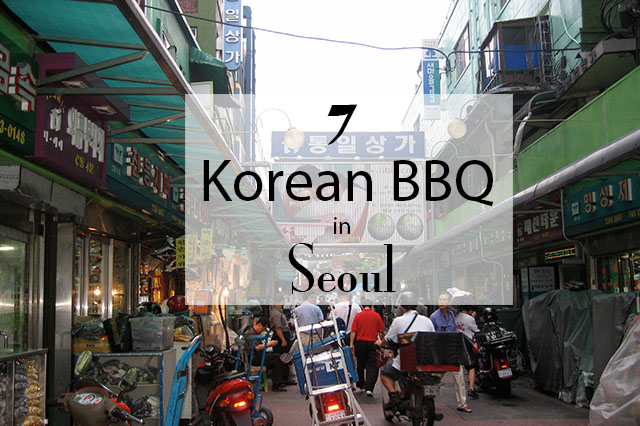 One thing my time in Korea was not short on was food.  My coworkers would take me out to eat a lot while I was there working and one thing we had a lot of (which was totally ok with me) was Korean BBQ.  I’ve never tasted meat like that before (or since) and something about the small side dishes served with the BBQ’ed meat was just irresistible. 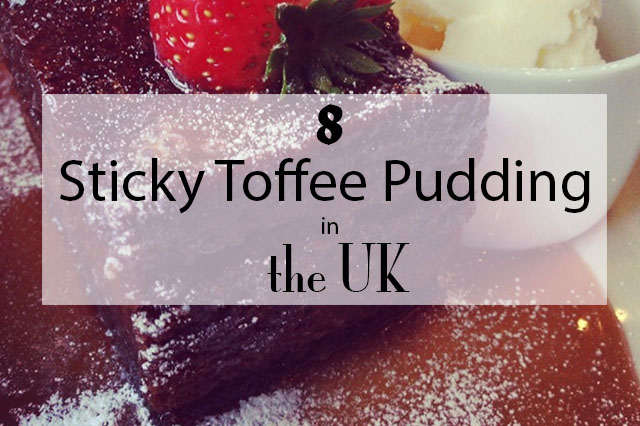 On our last trip through the UK last November, we had Sticky Toffee Pudding almost every night there.  This incredible dessert is hard to find in the US but one of my favorites.  Served with clotted cream or ice cream and caramel sauce, it’s hard to not love this rich dessert. 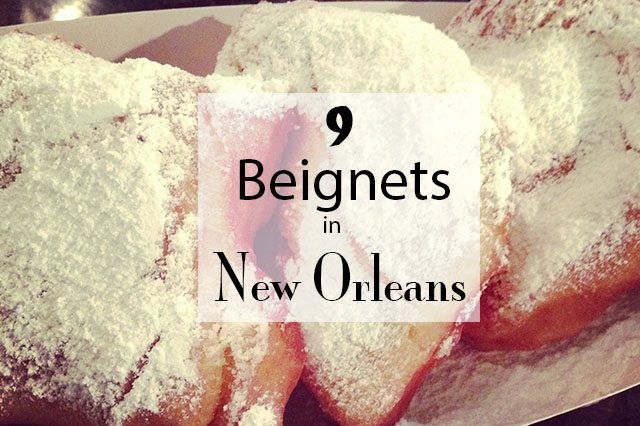 One thing that could get me back to New Orleans (which wasn’t my favorite city all together) are the beignets.  I couldn’t get enough of these fried dough shapes covered in heaps of powdered sugar. 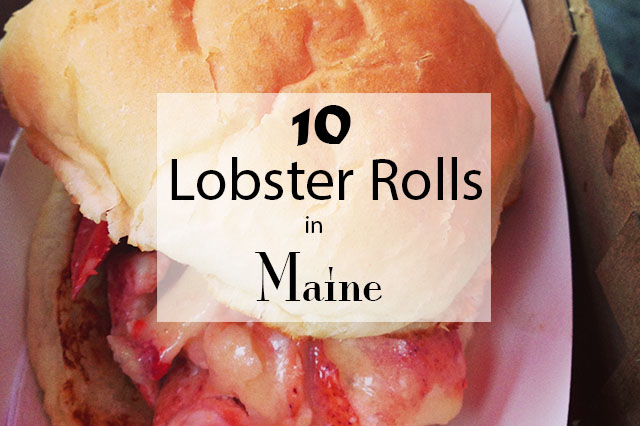 I don’t eat a lot of lobster but I couldn’t pass up the chance for a lobster roll in Maine last year.  It was everything I hoped, moist lobster on a fresh roll and a butter sauce making it sweet.  You can’t pass up a chance to sample this famous dish while in New England!