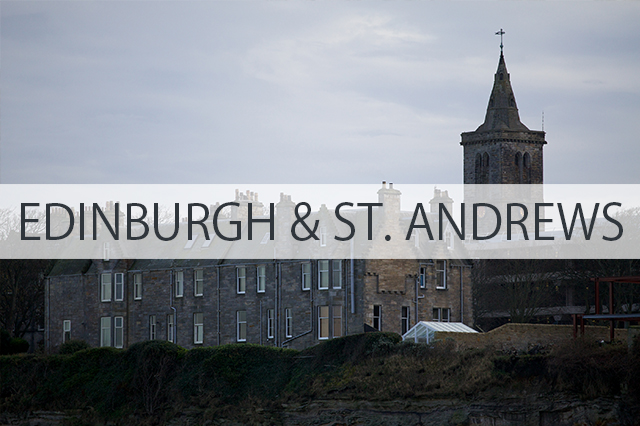 On the fifth day of our trip, we rented a car in Edinburgh and drove up to St. Andrews, then spent the evening in Edinburgh, of which I noted in the Ode to Scotland post back in December, we fell hard for both Scottish cities and the country in general.

Scotland for me was magical, it literally took my breath away from the cities to the tiny towns we drove through, from the gorgeous oceansides to the golden-hued open fields.  We arrived late the night before from Belfast and stayed at the Hotel Missoni (more to come on review of this fantastic hotel soon), then the next morning jumped on the Airlink bus back to the airport to rent our car, after which we headed up driving through the Scottish countryside to St. Andrews.

St. Andrews blew me away.  It was a magical little town, charming to say the very least.  It’s stone buildings, narrow little streets, cathedral ruins and of course the famous golf course and gorgeous beaches made me fall hard for the town where Kate and Prince William fell in love.  We spent the whole day there, just wandering around, taking it all in.  While sitting in a little Scottish restaurant for lunch, enjoying amazing lamb shank followed by incredible Sticky Toffee Pudding, I watched out the window and imagined what it would be like to live in this charming Scottish town, living simply.  Someday perhaps… that’s how hard I fell for this town.  It touched something in me, something that I’ve only ever felt in a few other places in the world.

After lunch, Nick wanted more photos of the golf course, so I wandered up the main street to the ruins of the St. Andrews Cathedral at the end of the lane on my own.  I wandered as the sun began to set, taking in the views from the bluff over the ocean, the ruins from so many years ago and imagining all those people who have lived there for hundreds of years, taking in the same views, the same feelings.  As the sun continued to set, I met up with Nick as he got his final shots of the day, only then to turn to see the most stunning sunset I’ve perhaps ever seen.  We jumped in the car and raced up the road back to the cathedral ruins to grab some photos of the sun setting behind the stone columns, just in time to take in the final hours of daylight among the hundreds of years-old cathedral.  The colors and vibrancy of the end to the day was incredible and the most magical way to end our magical day in lovely St. Andrews.

We then drove back to Edinburgh and spent our evening wandering around the Edinburgh Christmas markets and taking in the lights of the city by night.  Edinburgh has a “fantasy” sort of feeling, and that was only amplified by night as the lights sparkled around the city.

To say I was enchanted by Scotland would be an understatement.  I fell in love with the lovely aura of the country and the beautiful towns and cities we were able to enjoy! 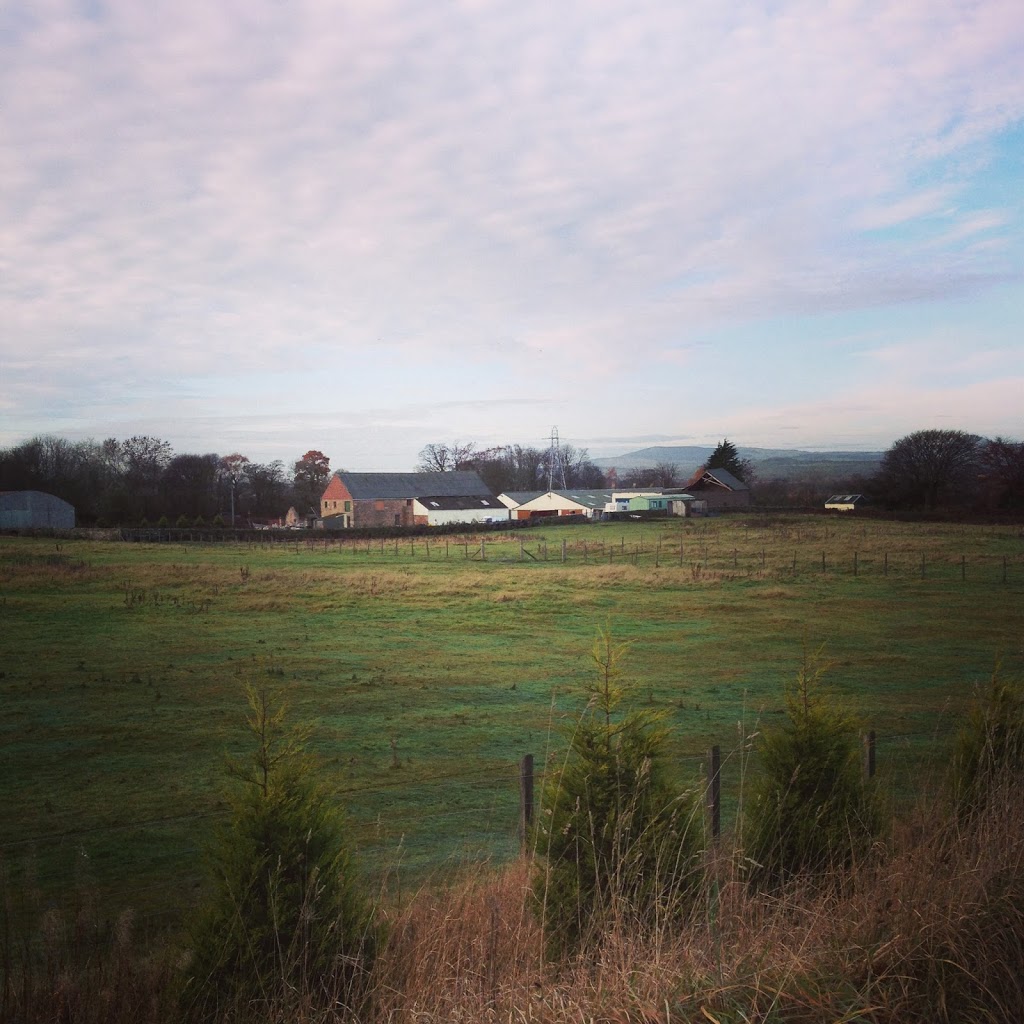 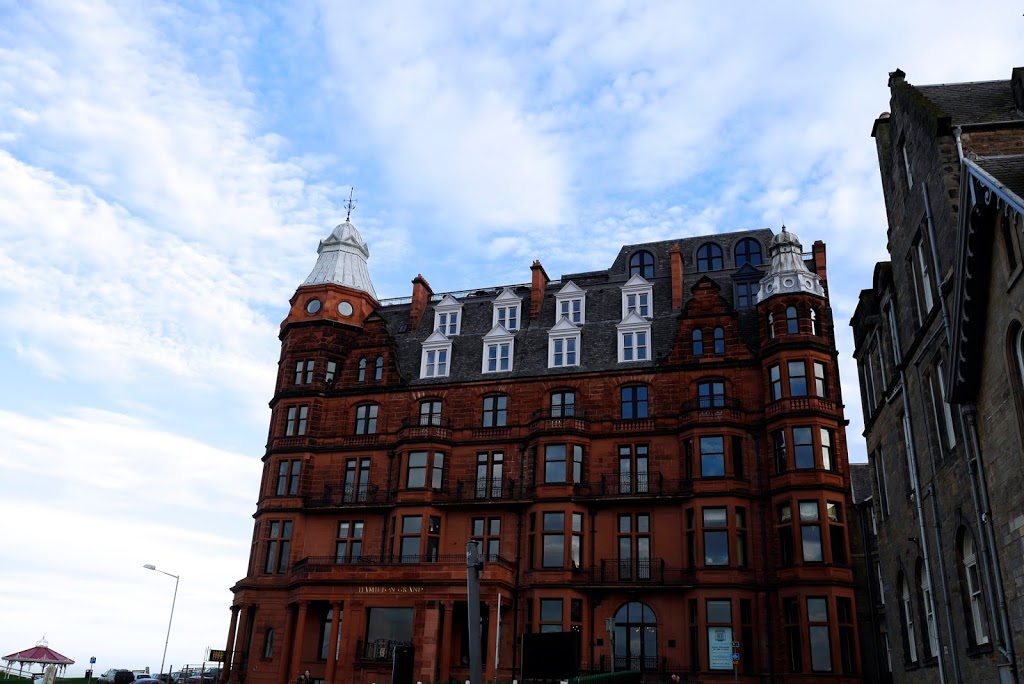 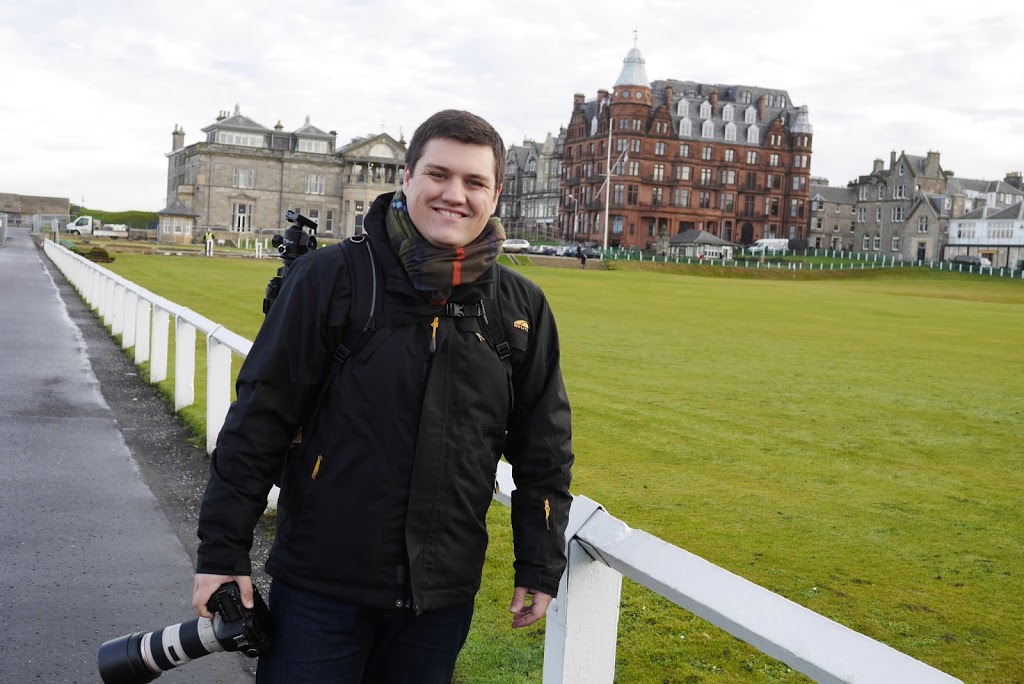