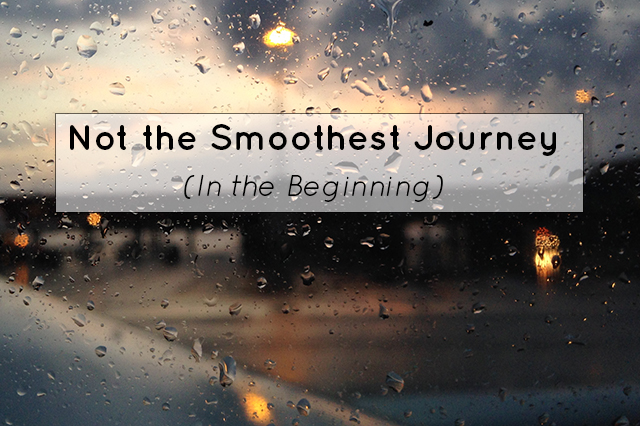 We are back home after our trip through Europe and while the trip itself was lovely, our journey there was not so great at the beginning.  Our trip started out rough and to be really honest with you, I was wondering for a time if we’d even make it to Europe the way things were going.  But we made it and while it wasn’t the smoothest journey, we learned a lot from it.  Before I get into all my posts about the trip itself, I wanted to touch on some of the realistic and often agonizing travel experiences as well, because after all, travel isn’t all glitz and glamour.  It’s obstacles and long hours and exhaustion too.

I hear a lot from people that Nick and I are really lucky to have had such great luck while traveling over the years, with very few delays or cancellations in terms of flights or reservations or anything else going wrong, both domestically in the States and abroad.  And it’s true, we’ve had great luck but I also think it’s often due to good planning the majority of the time and sticking with tried and true airlines and reservations, as well as learning lessons when things do go wrong.  We’ve had some issues for sure while traveling and even some nightmare trips like our trip to Rome a few years ago, but for the most part we’ve been lucky.

This trip started as one of those trips where nothing would swing in our favor.  We arrived at the airport in Portland on a Thursday afternoon to find out that our flight to LAX was delayed 3.5 hours (a rarity on Alaska Air that hardly ever happens).  This meant that we would completely miss our connection for our flight from LAX to Copenhagen on Norwegian Air, as in our flight from Portland would land at 7:01pm and our flight to Copenhagen would leave at 7:15pm, and to have to change terminals, check in and go through security again… there was no way it was going to happen.

Upon finding out about the delay, we immediately contacted Alaska Air (through our MVP mileage phone line) and tried to figure out if we could get to LA a different way, via other cities and connections and even checked into flying into other LA area airports and then driving to LAX.  There were literally no options that would get us there in time.  From there on, the panic set in.  What would we do?  How would we get to Copenhagen? And what would it cost us to change tickets/flights, etc.?

Long story short, we grabbed a table, pulled out the laptop and started searching other options.  Nick was on the phone with Norwegian Air (our flight from LAX to Copenhagen) to check with them while I was on the computer looking up alternatives to see what our options were.  It turned out that because it was an Alaska delay, there wasn’t much Norwegian could do for us and to change to the next flight from LAX-Copenhagen it would be a $500 change fee and we would have to wait until Sunday.  By that point, we were were going to be in Amsterdam anyway, so it seemed illogical to do that.  We searched every option possible, using some of our points on various airlines, using companion passes on BA we have saved and such, but at the end of it, due to times/days/other issues, none of it worked.  The best option ended up having us buy new Iceland Air one way tickets from Seattle to Copenhagen via Reykjavik to fly the following day.  So we jumped on decent fares (though still an expensive addition to our trip) and proceeded to dealing with changing our Alaska connections to Seattle instead of LA.  In short, the only logical option to get us to Copenhagen without missing too much of our trip and salvaging as much as we could of our existing reservations was to book new flights and just hope it would work out.

It was expensive and annoying and a total hassle to book new flights and leave a day later, but it worked out.  Though as the trip to Copenhagen was so full of issues, expending from the flights to breaking things along the way (both Nick and I’s sunglasses broke in transit), trying to salvage seats together since we booked so late and various other issues, we decided to end up just laughing about it instead of crying.

The lesson learned is this: travel isn’t always easy, it can be full of hassles and headaches and expenses but it’s how you deal with those that matters at the end of the day.  I kept saying to Nick that at least we were together dealing with everything, thank goodness this didn’t happen on my Korea journey a few weeks ago when I was traveling solo.  We were also lucky that all this occurred before we left Portland because we could just go home for the night and come back the next day, it could have happened after we got to LAX and then we would have had to deal with finding lodging and everything else.  And thank goodness we could pull out our laptop right then and there and figure it out.  So my friends, the glass is indeed always half full, we just have to see it that way.

I can’t wait to get into sharing about our trip and while our trip started off rocky, it finished off as an amazing adventure and I’ll be sharing all about it in the coming days and weeks!