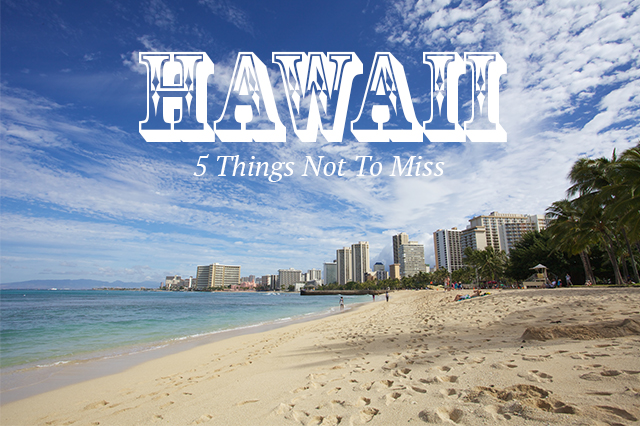 I don’t talk much about touristy things to do in Hawaii on this blog, even though I spend a good amount of time in the Islands each year (and was just there last weekend) as well as having lived there for a while after college.  And while I spent almost two years living in Honolulu and I visit often due to work and visit my parents who live there, I’ve not done many of the typical touristy things there for a few different reasons.  Firstly, I’m not a big beach person.  With my pale skin and aversion to high heat, the beaches just aren’t for me.  Secondly, I have experienced much of Hawaii like a local.  I eat at local spots, I worked with locals, I explored places that were more local in nature than tourist simply because I wasn’t really ever a tourist.  But considering that Hawaii is a major tourist destination, I still know that there are certain things not to miss in the Islands when you visit, whether local or tourist.  Over the years of time spent in Hawaii, here are some of the things I would make sure you do when visiting the Islands, specifically Oahu. 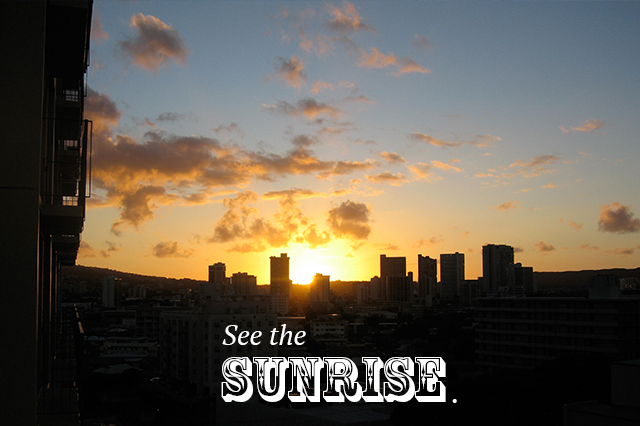 One thing that I really miss about my time in Hawaii was my apartment balcony.  I would get up early and watch the sunrise over Honolulu, starting my day with the most beautiful colors as the sky awakened.  It’s still something Nick and I try to do when we visit now.  And due to the time change, you’re usually up pretty early the first day there, so sneak out and watch the sunrise over the city or drive to the Eastern side of the island and see it come up over the water as the sky is painted. 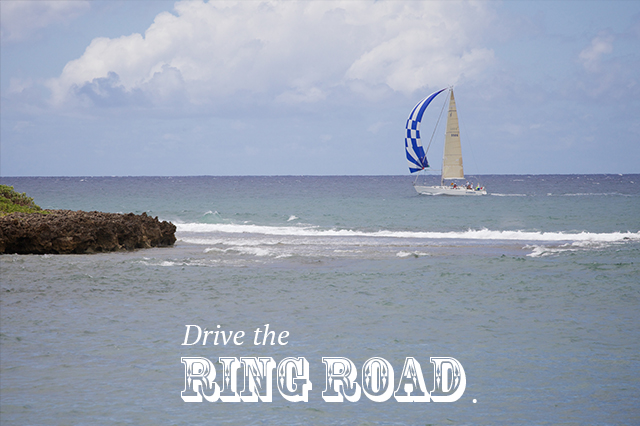 One of my favorite things to do on Oahu is drive the ring road that goes the full circle (well almost full circle) around the island.  From the views of the cliffsides of the Eastern edge, to the green sky scraping mountains (where they filmed Lost) of the Windward coast, to the quaint North Shore towns and the volcanic edges of the Western Shore near Wainae.  Driving this route, you’ll see all sides of the island, an island that differs wildly from shore to shore.  I love seeing the changes in landscape as you drive around the edges. 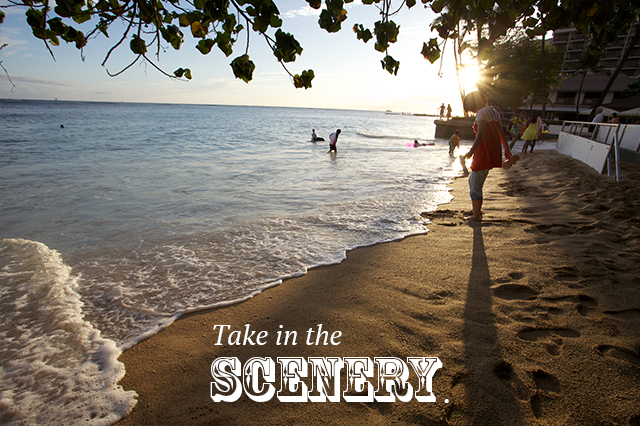 Whether it’s the beach or the mountains, the rainforest or the cliffs, Oahu has plenty of scenery to take in while there.  For many tourists, it’s easy to just stay at the beach and never get out and see the island.  That’s a shame for many reasons, but the most important being that the landscape and scenery on Oahu is truly beautiful and diverse and well worth seeing. 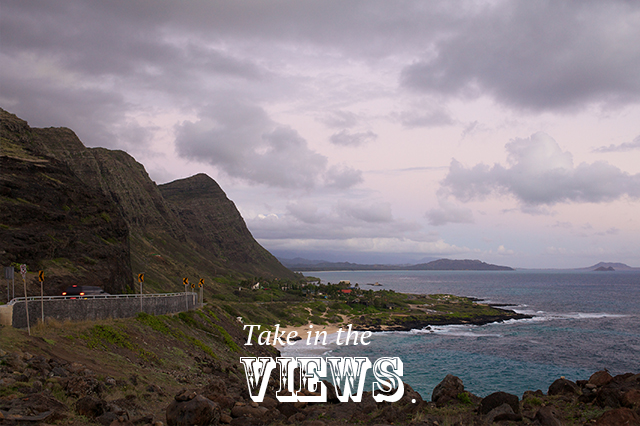 Oahu has some of the most stunning views I’ve seen traveling.  Particularly at dawn and dusk and particularly on the Eastern and Windward sides of the island, the views down the coastline are pretty incredible.  One of my favorites is the view from Makapu’u Lighthouse, looking West along the Windward coast. 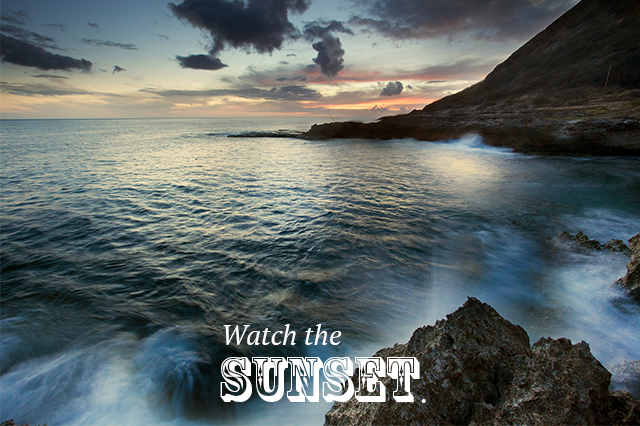 Perhaps one of my favorite things in the world, to watch the sunset, should never be missed in Hawaii.  Whether clear or stormy, I’ve seen some pretty incredible sunsets on Oahu.  One of my favorites though is just past Wainae on the Western Shore, backed by volcanic cliffs, with just the open ocean in front of you as the colors fade at the end of the day.