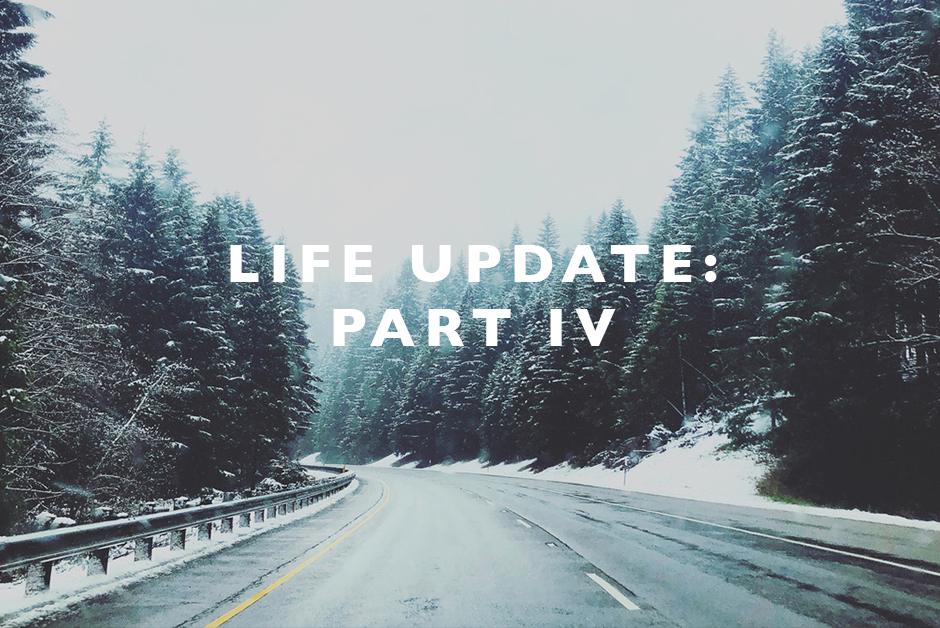 I seriously can’t believe it’s mid-December already!  And I know I say this every time I write one of these life update posts but seriously, this year has flown by.  I figured it was high time to catch everyone up again since my last one of these Life Update posts was in September which seems so far away now.  Anyways, life has been busy!  And now that we’re in the Holiday season, it feels even busier.  I’m writing this from Seattle, where we are at the moment for Nick’s work Christmas party, then home to host family at our house this weekend and then lots of travel on the horizon.  So here’s what I’ve been up to!

Partly due to my hectic schedule, I’ve also made the personal decision to close my macaron bakery as of the end of this month.  I started the company at the beginning of last year and after a year in business, I realized that it was time to follow my heart back into design, the career I’ve been pursuing for ten years.  I’ve kept my Interior Design business, Reverie Design Studio, the entire time and while I cut back on design work to start my bakery this year, I realized throughout the year that my heart is still really in design and I would rather pursue that full time.  The bakery was always meant to be a passion project, to try something I’ve always had an interest in and I’m closing the business with a profit made, no debt and amazing lessons learned. I’m really looking forward to getting back to baking for myself again and I feel totally at peace with my decision.  I’m looking forward to the new year and diving back fully into design! So if you’re in the Pacific NW and need an Interior Designer (or know someone who does), send them my way!

After my birthday trip in October to Vermont and New York, we came home and jumped right into a number of trips up to Seattle for Nick’s work.  In November we ended up going to spend Thanksgiving with family in Southern Oregon.  We were originally supposed to go to Spain over the holiday but our flight got canceled and due to a couple of other issues, we decided to cancel the trip.  Then we planned to go to Vancouver BC as a backup, but after driving North to Seattle so many times in the last couple months for Nick’s work and dealing with the intense traffic in that area, we opted to postpone that trip and go to see family for the holiday instead.  We’ll try to fit in a long weekend up North in Vancouver BC sometime next year instead.

We’re in Seattle again at the moment and we’ll head to Hawaii for Christmas with my parents which I’m hoping is a relaxing and slow week to decompress a bit after a hectic few months.  Following our trip to Hawaii, I’ve had an opportunity come up to spend a week in Asia so I’ll be heading out to Asia directly from Hawaii and I’m so excited to explore an all new country to me… I’m trying to keep it a surprise so follow along on Instagram to see where I’m headed in a couple of weeks!

After I get back from Asia, we’ll head to Las Vegas in January for a “foodie trip” to Sin City, which we’ve wanted to do for a really long time.  We’ll eat at all the amazing restaurants in the city and just take a little bit of a life break, filled with great food and wine.  So lots of upcoming travel and I’m so excited for all of it!

We’ve slowed down a little bit on the house renovation as of late just due to our hectic schedules, but we’ve been doing a few little projects like painting and upkeep ourselves as needed over the last little bit.  We’ll start up again in the Spring when we paint the exterior and do some garden stuff to finalize the outside of the house.  So keep following along on my Instagram for that too!