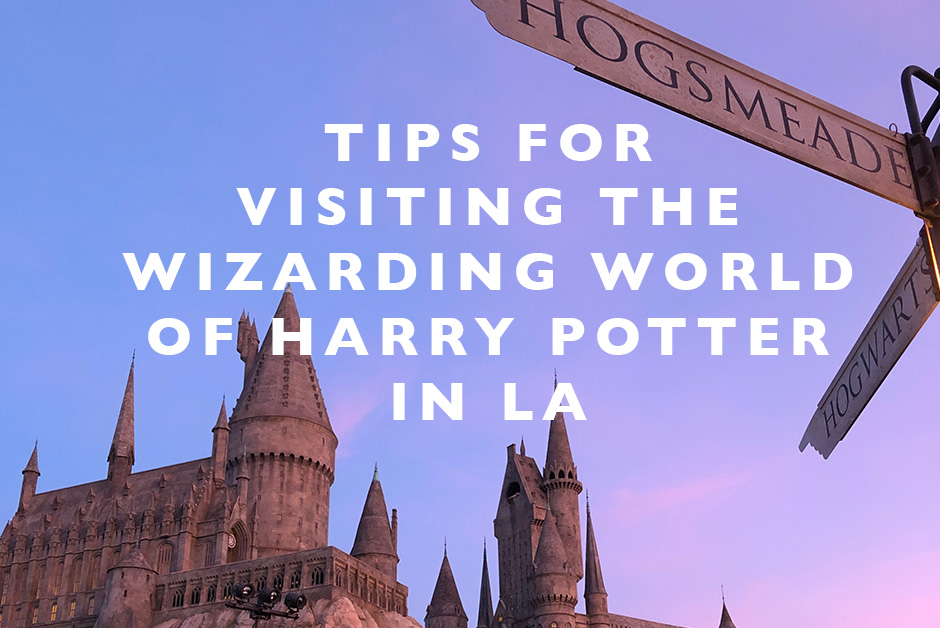 Go early and do the most popular rides or later in the evening around 6pm.

It’s best to either go early in the morning or later in the evening as mid-day the park is at its busiest.  We found that doing the rides we really wanted to do first thing in the morning or after 6pm had the shortest wait times.  For example, we did the Harry Potter and the Forbidden Journey ride inside the Hogwarts Castle (which is the best Harry Potter ride) with only about a 15 minute wait in the morning right at opening and then again after 6pm.  During most of the day, the wait was 65-75 minutes so it’s worth timing it appropriately so you’re not waiting around all day.  Instead, do the rides you want in the morning and evening and spend the rest of the day wandering around the park itself.

The Mummy and Harry Potter castle ride were the best.

In the Wizarding World of Harry Potter, there are only 2 actual rides: the Forbidden Journey and the Roller Coaster.  The roller coaster is meant for kids so it’s pretty lame and super short and really not worth the wait.  But the Forbidden Journey was amazing and totally worth it; we even did it twice!  Outside of the Wizarding World though are a bunch of other rides.  Our second favorite to the Harry Potter one was the Mummy roller coaster.  I had no expectations and it blew us away and was super cool.

Use credit card points to buy your park tickets.

It can be expensive buying a bunch of tickets, even for just a day, to Universal Studios, especially for a family.  We ended up using our Chase Sapphire points to buy our tickets and we ended up spending like $60 out of pocket for both of our tickets when they are usually over $100 per person for a day pass.

Even if you get early entry, nothing is open until the actual opening times.

You can buy early entry passes to the park but the stupid thing is, that basically all that gets you is early entry into a park that’s closed.  You can get in line for rides early I guess, but overall, it’s not worth the extra money.  They open the gates about 30 minutes before opening anyways and we found it was totally fine doing that and had no issues.

Food is cheaper (and better) at Citywalk than in the park.

We ate at the Three Broomsticks in the Wizarding World of Harry Potter and paid $54 for lunch which was super overpriced.  That same night, we ate at Vivo, the Italian restaurant at Citywalk right outside the park and paid $60 for 2 dinners, appetizers and wine.  The food is overall better and cheaper at Citywalk than in the park but some of it is the experience so determine which is better for you.

Stay at one of the hotels in the park.

We stayed at the Hilton at Universal City and it was well worth it to have easy and quick access to the park.

Cheaper to stay without a car than to park at park or hotels.

We took a Lyft from LAX straight to the hotel in Universal City and didn’t rent a car which saved us quite a bit of money.  If you can do this, it’s worth it as the hotel and park parking rates are fairly high.

Easy to do the whole park in a day.

It’s easy to do the whole Universal Studios park in one day, especially if you look at what they have before hand so you know.  I would also recommend getting a map first thing out so you can figure out your schedule.  We started in the Wizarding World of Harry Potter, then went to the lower lot for the Mummy Ride, then had lunch in the Wizarding World of Harry Potter, then did the Universal Studios Set Tour, followed by the Waterworld show.  Then we went back to the hotel for a few hours to rest and came back around 6pm to finish the evening in the Wizarding World of Harry Potter again.  That was a good schedule for us and granted, we didn’t do the Simpson area (we’ve never really been fans) or the Despicable Me area (mostly for kids) but we would easily have had time to do so had we wanted.

Looking for other ideas to do in Los Angeles?