This post has been a long time coming and originally, I wanted to post it back in December after our trip through the United Kingdom and Ireland in November.  But life and blog schedules got in the way, so here we are 2 months on and I’m going to talk about tips for driving in the UK today, on the “wrong” side of the road and the “wrong” side of the car and how to make the transition a little easier.

When we were traveling in November, we knew early on that there would be days we would want a car to take in the gorgeous scenery in Ireland and Scotland, so we planned a few days of our trip to rent a car and make the drives ourself.  For Nick and I, it has been our experience in the past that it works out better if I drive and Nick navigates, so that’s what we did and I got to drive all over the Northern Irish and Scottish countrysides.  After driving 3 out of 7 days on the trip, I definitely got a good hang of driving abroad and it’s not as nerve-wracking experience as I had anticipated.

Over the course of the few days we drove, including both in cities (Belfast and Edinburgh) and countryside, I came up with a few tips that might help you get over the challenges that might arise. 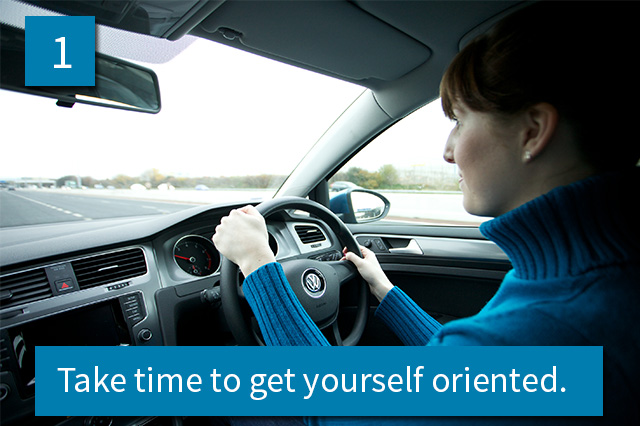 Driving on the right side of the car and the left side of the road can be incredibly disorienting if you’re not used to it and you will be really disoriented at first.  But I would suggest sitting for a bit in the car before you get going, getting yourself set up and oriented in the right direction.  Once on the road, follow the other cars and stay back in the slow lane until you get yourself going.  I started off in the slow lane, but soon after I was oriented, felt comfortable to start passing on highways. 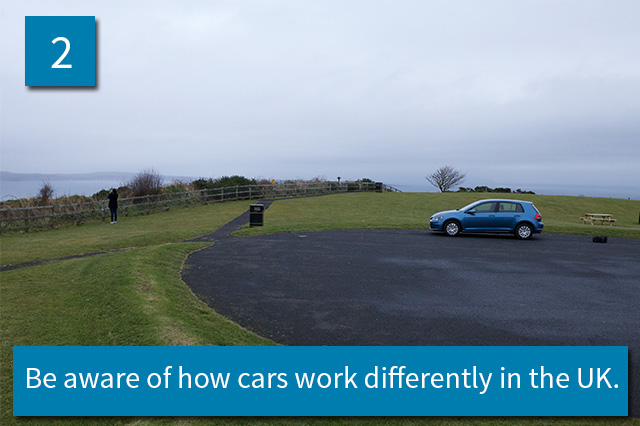 This one is what I wish I would have done more research on before leaving on our trip.  Let me give you an example of why and what happened to us.  In Northern Ireland on our first driving experience to drive from Belfast to the Northern Coast and Giants’ Causeway, when we got in our car after picking it up from the airport, I started the car and started to leave the car rental parking lot, when we had to stop at a gate before leaving.  Upon my foot hitting the break, the car engine turned off.  Unfamiliar with this, we immediately thought something was wrong.  I turned the keys, turned the car off and restarted it.  Come to quickly find out, many of the cars in the UK are built with this system to have the engine turn off when stopped in an effort to save gas.  When you put your foot back on the gas, the engine starts right back up, so it’s not a big deal, just something to get used to. 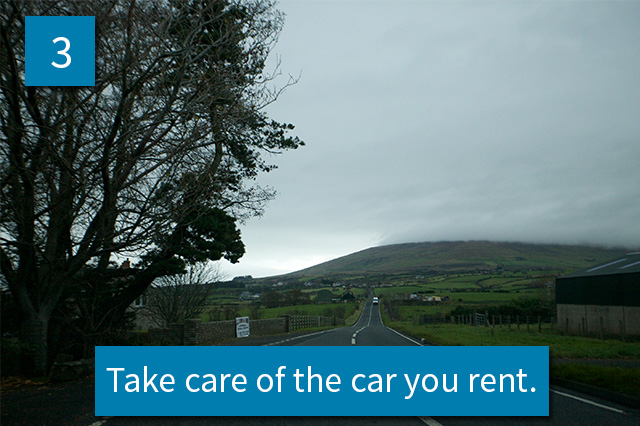 When renting a car anywhere, you want to make sure and drive it carefully so not to incur fees and charges if you damage it, however in the UK, that is even more vitally important.  First and foremost, Ireland (North & South) is one of 3 countries in the world that none of your credit card rental car insurance coverage will work, therefore you need to buy the insurance from the rental car company.  For us, it was only about $40 to cover us completely in case anything happened, so not bad, but totally worth it if something were to happen.

In terms of driving in the UK, lanes in the country are very small and often don’t have any space between the oncoming traffic, not to mention the non-existent space on the side of the lane off the road.  Especially when trucks are coming your way, it’s very important to be driving safely and in your lane, to make sure you don’t side-swipe someone.  Once I got the hang of it, it got easier, but at first, the narrow lanes made me really nervous.

Another important factor when renting a car in the UK is knowing what kind of gas you’ll be putting in the car.  In Northern Ireland we had a VW Golf that took unleaded fuel, in Scotland we had the same exact car but in a Diesel version.  When we filled up with gas before returning the car, both kinds of fuel are very clearly marked at the stations, just be sure to know which you’re pumping in before you start. 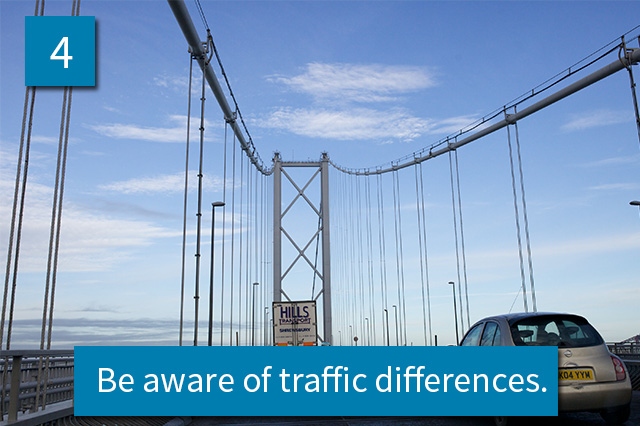 Traffic patterns and ways of driving are definitely different in the UK.  For one, the stop lights don’t go from Red to Green like they do in the States, instead, they give you a Red-Yellow-Green order, which I actually really liked, but it’s something to be aware of.

I also found that people really only pass when needed.  In the States, many times, the passing lane ends up being just another lane filled with people, in the UK, most of the time, people only used the passing lane when they were actually passing and then got right back into the slower lane afterwards. This really helped with the flow of traffic.

Roundabouts are another huge part of driving in the UK.  At first, they really threw me for a loop (pun intended), but after a few of them, I felt more confident.  The trick is to know ahead of time which lane you need to be in.  For me, usually I was taking one of the first exits, so I tried to stay on the inside lane, though signage is actually pretty good at most roundabouts we encountered so just be aware and be ready to exit at any time. 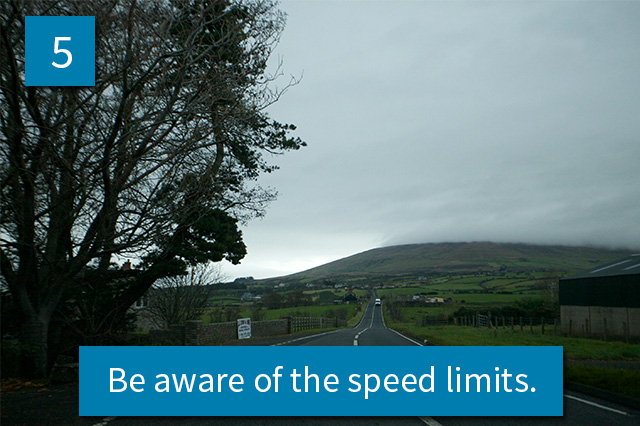 And finally, speed limits.  It took us a while in Northern Ireland to figure out what the actual speed limit was because there are no signs.  Luckily, we had data plans on our phones and while I was driving out of Belfast, Nick looked it up.  In the UK (I’m assuming this is throughout the UK, as it was true in Northern Ireland and Scotland), there are 3 basic speed limits: a speed limit for highways, freeways and country roads.  This system actually makes it super easy to follow and made it really easy for me as a driver as you never have to check for signs, you just know the limit based on the type of road you’re driving on.

One thing to note, when you are coming in and out of small villages, you’ll see signs at the beginning and end of the town noting when to slow down and when you can speed up again.  At these signs are also speed cameras, so be aware of what speed you’re going at all times.