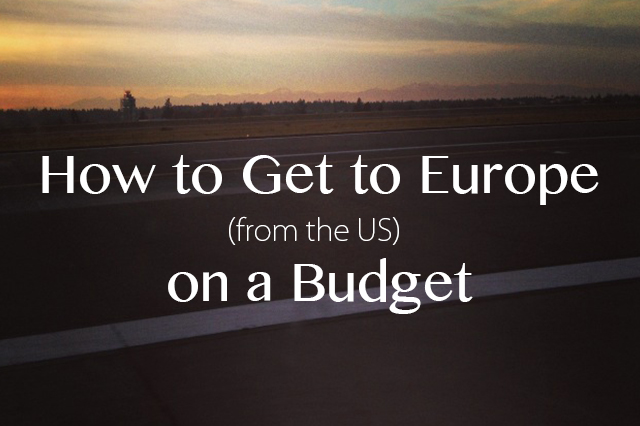 We are in the swing of looking into flight options for our Spring trip next year (yes we plan way in advance due to work and other commitments), which is shaping up to look like a whirlwind tour of Spain (more to come on that in the next few months!).  And in the process of finding flights, I realized that I’ve never done a post on the cheapest flight options to get to Europe from the US, and more specifically, from the West Coast of the USA.  So here today are some of my go-to airline options to get to Europe cheaply and directly from my side of the world, as I much prefer non-stops straight to Europe rather than stopping somewhere in between.  Some of these I’ve flown, others I’m flying this year and others I’ve heard a lot about.  Each option offers different pros and cons, but all are great options to get from the West Coast of the States to major European hubs on a budget.

(Note: Of course the cheapest deals on all these airlines will be found in the off-season, so high season might change each of the following observations.) 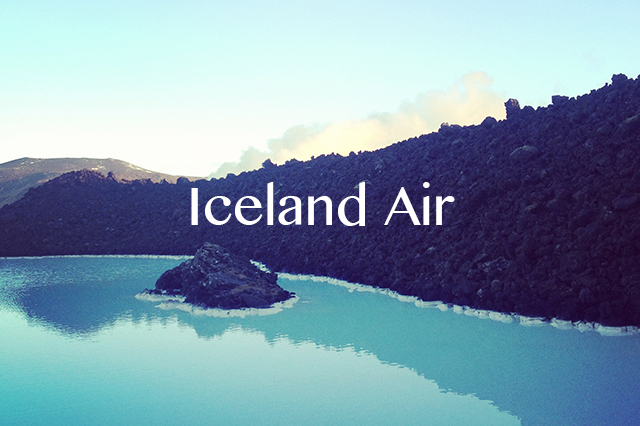 We flew Iceland Air for the first time a year and a half ago when we went to Iceland.  Since then, it’s one of the first budget transatlantic airlines I look at when I’m looking for a good price.  The airline flies out of multiple West Coast hubs, but for us, the Seattle – Europe option is a good one to look at.  Iceland Air’s flights all go through Reykjavik and then connect on to whatever European hub you’re headed to.  The airline also doesn’t charge more if you want to stop over in Iceland for a couple days on the way there or back, which can add a nice option to your trip.
The airline is efficient, clean and we’ve had no problems with it.  We’re flying it home from Europe in October coming up in a few months, leaving from Paris, flying through Reykjavik for a quick 2 hour stop over and then headed on to Seattle.  You can find some amazing prices on Iceland Air, like when we flew Seattle to Reykjavik for our Iceland trip for less than $400 per person round trip.  They also allow you to do one ways for no extra charges and that can be a great option as well. 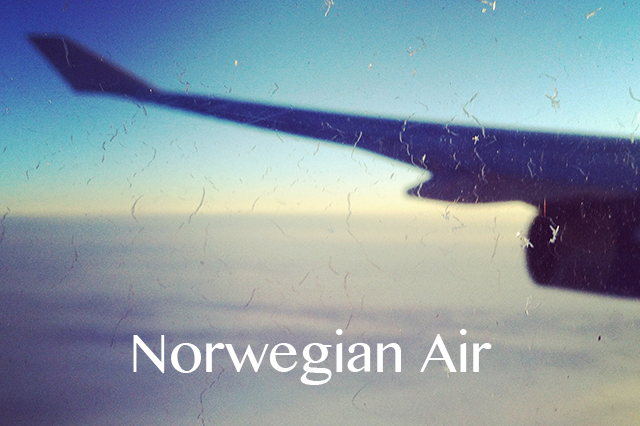 We haven’t flown Norwegian Air yet, but we’re trying it for the first time in October when we fly Los Angeles direct to Copenhagen.  Everything I’m hearing about this airline though makes me so excited to fly it.  The prices to start with are incomparable in the market right now, with one ways to Europe direct from the West Coast for as low as $200!  Our tickets to Copenhagen one way were something crazy like $246 when we booked 6 months ago.  The airline also flies the new Dreamliner planes on all of their long haul US routes, which is an added bonus.  Our first experience with the Dreamliner on our way home from Asia on ANA (Tokyo to Seattle route) was incredible and I can’t wait to fly Norwegian Air’s version in just a few months.  We’re also looking to fly Norwegian Air from Los Angeles direct to London’s Gatwick for our Spain trip next Spring and the fares are just ridiculously low! 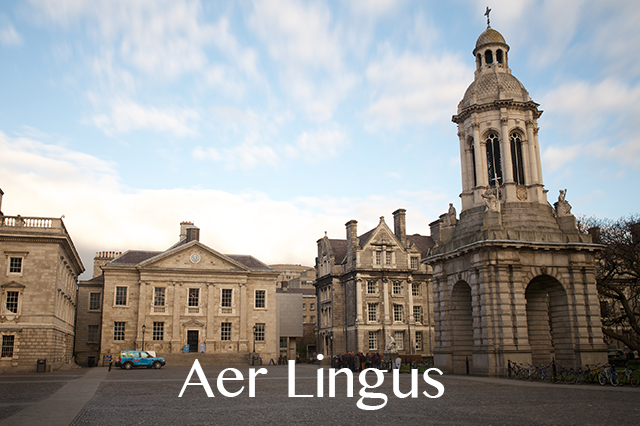 For our Spain trip, the options for direct flights from the West Coast to Spain are like non existent, so I ended up searching other options that would get us direct to Europe for low cost and then we can jump on budget airlines for the rest of the way through Europe.  Aer Lingus’ direct flight from San Francisco to Dublin was an attractive option for us as we started looking into the trip.  This flight is relatively new and can offer a great advantage to get direct to Europe from Northern California.  You can also use British Airways Avios points on this flight without the huge surcharges to fly through London so it can be an attractive option.  You can also book one ways without getting charged more through Aer Lingus.  My one complaint with this option, at least when trying to use Avios points, is that you have to call BA to book your flight and BA’s phone system is horrible, with wait times sometimes as long as over an hour before you even talk to someone.  Then the availability is an issue when using Avios points, but if you’re flexible on dates, this can be a great option. 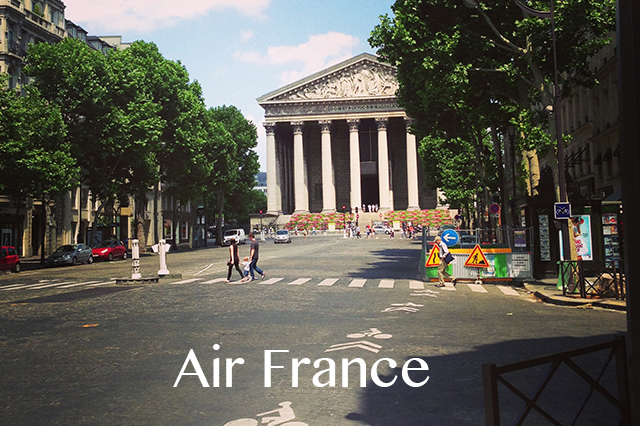 Air France offers a great option for West Coast direct to Paris with its service out of Los Angeles.  We flew this last Spring when we headed to France with Nick’s family and thoroughly enjoyed it.  I much prefer flying Internaional airlines when headed internationally as generally they end up being way better than the domestic ones, so while there is a direct Delta flight from Seattle (which would be easier for us from Portland) to Paris, I would always choose Air France over it even though we have to get to LA which ends up being farther for us to travel.  But all in all, Air France is great and if you’re heading to Paris, it’s a great option.  Another great option when flying Air France is that you can book with Alaska partner miles, which for those of us on the West Coast is one of our main airlines.  That can be a nice option to cut the price of a ticket. 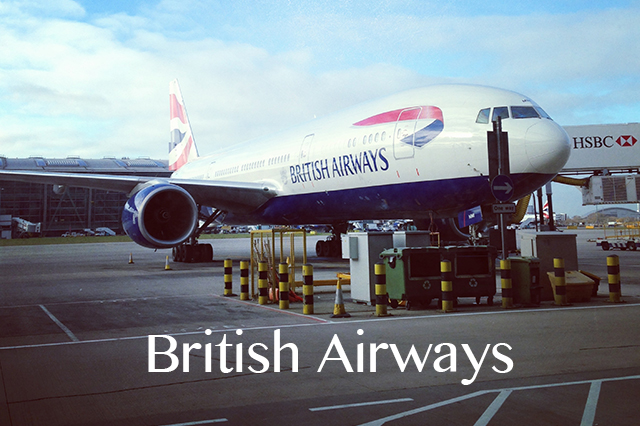 One of our favorites and most flown options from the West Coast to Europe is the Seattle to Heathrow option on British Airways.  This option is the most convenient for us and let’s us rack up lots of Avios points (that we then can use on hotels and rental cars more easily than flights).  The service is great, planes are nice and it’s so easy to leave Seattle in the evening and wake up a nice 9 hours later in London.  The drawback to BA is the huge surcharges that add to your ticket when flying to Heathrow, but for ease of transport and location, this flight is easy and convenient.
FINAL NOTE
As a last regard, obviously all of these above leave from major hubs like LAX, SFO or SEA and it can often be expensive to get to these cities if you don’t live near by.  My tip for that segment of the trip would be to use airline points on those.  For example, when we fly out of any of these hubs, we use our Alaska miles to book the shorter flights to those airports.  They don’t cost as many points as the big flights and you don’t have to save as long, as well as then you get to keep the travel miles from the larger flights instead of a bunch of short ones.  Look into one of my favorite travel credit cards to rack up the miles to be able to cover the shorter segments and then you can save money on that part of your trip.