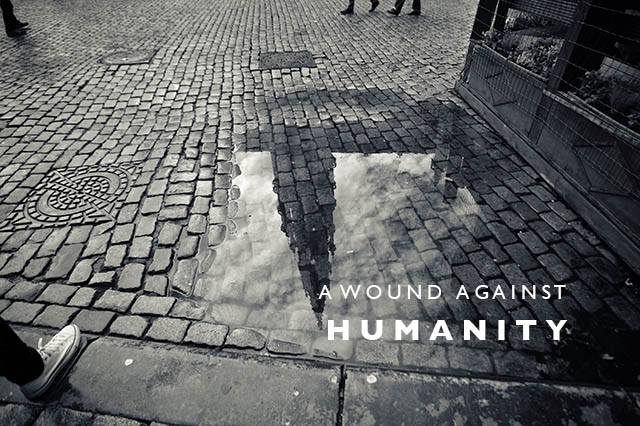 I had another post scheduled for today, and then the attacks in Brussels happened.  Another series of tragic and completely unnecessary tragedies, another group of people injured or killed in a horrific event.  And on top of that, even though the Western media hasn’t been covering it like those acts in Europe, hundreds of other attacks have happened throughout the Middle East and Asia recently.  Just a few weeks ago bombings in Ankara, Turkey barely even made our US news updates.

The attacks in Brussels yesterday though, they hit a chord with me.  Much like the ones in Paris a few months ago did.  And while I’m not at all downplaying all the other attacks that are on going around the world, I have personal connections to these two cities.  I’ve walked their streets, I’ve stood in awe of their heritage.  I’ve slept under their night skies and I’ve spoken their languages.  There is something about having that connection, that emotional tie, that won’t let me stop thinking about the terror those people felt, the hurt they are carrying now.

I’ve never thought of myself as only an American.  I’ve always felt that we’re all citizens of the world, a collective of the planet Earth, perhaps even more than the nationality of our individual countries.  And perhaps that’s the traveler in me, perhaps that’s the expat kid in me.  But at the end of the day, when they are hurting, we are hurting.  We aren’t in this on our own, what happens to us relates to them, what happens to every other person on this planet has (an often very) direct affect on us.

So without knowing exactly how to feel, exactly what to say, I find myself drawing on one of my all time favorite poets Rumi.  In his words, “the wound is the place where Light enters you.”  And so I guess we again band together against these atrocious acts by cowardly men.  I guess we take this as a wound against humanity, against all of us regardless of what nation we reside in or call home.  I guess we use this wound, we mourn, we hold each other through the pain and we rise up and let the light enter our world again, hoping for a better day, hoping for peace, hoping for love.