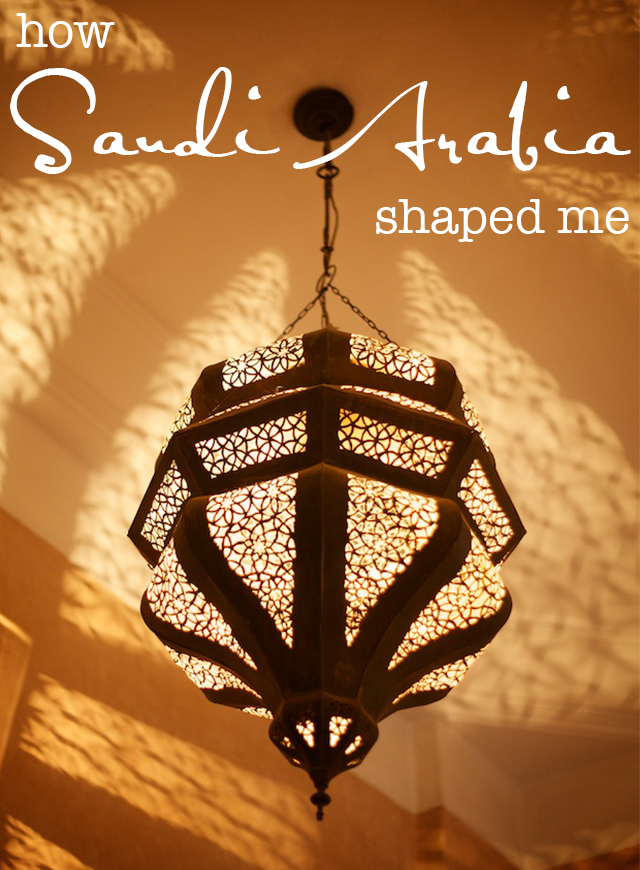 Happy Labor Day to all the Americans!  I hope everyone is enjoying their long weekend, I know I am enjoying the 3 day holiday with a lazy weekend at home in Portland.

If you’ve been reading this blog for any length of time, you’ll know somewhat of my background.  I was born and raised in the Middle East, in Saudi Arabia specifically and while I’ve talked about our life there, how it changed the course of my adult life and my passion to see the world, I’ve not talked much about my life actually there and the lessons I learned there early in my life that have shaped my present.

I recently ran into a couple that is loosely related to Nick’s side of the family that live in Saudi Arabia now, on one of the ARAMCO compounds about an hour away from where I lived as a child.  After talking to them and getting to know them, come to find out they know a lot of the same people that I knew growing up, parents of my friends and names they’ve always heard of that were people close to me as a kid.  It was refreshing to say the least, to be able to talk to them, to have them know exactly what I was talking about when I was shocked to hear of a new green grass golf course in Dhahran (when I was there, they were only oiled sand), to hear that two of the smaller compounds were totally full with residents and to hear their stories.  To have someone know that part of me completely, without even really knowing anything about me personally, is a feeling I haven’t had in a long time.  It is rare to speak to someone in my daily life (other than my parents) that knows in depth about that part of my life.  It’s hard daily to not be able to show my husband that part of my life, a part that was such a huge reason why I am the way I am now.  So when I can share it, when I can let others in just a little on what my childhood was like in the middle of the Middle East, it makes that burden a little easier.

When I look back on my childhood in Saudi Arabia, I remember feeling completely at home, always feeling safe, an idyllic way of life.  But as I look back on it now, a full seventeen years this month since we moved back to the States, those memories are still what shape me today and the lessons I learned during my eleven years there are the lessons that I hold with me daily still.  So in the midst of so many present uprisings and conflicts in the part of the world that I was born into, I think it’s worth remembering that that part of the world still has lots to teach us as well if we’ll let it. 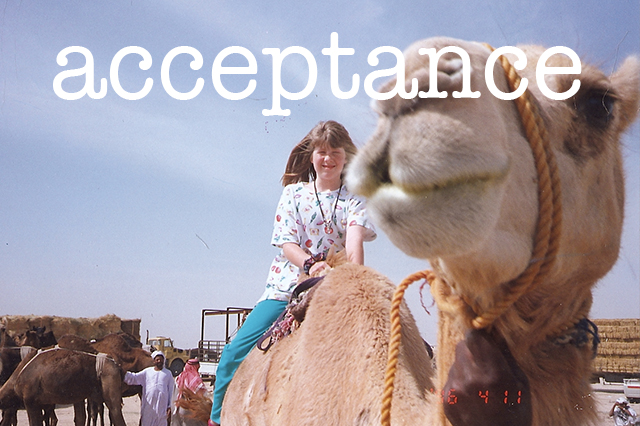 While much of the world would be quick to say how much the Middle East hates the United States, I would beg to differ.  Our family was shown nothing but kindness, acceptance and friendship while in Saudi Arabia by Arabs and Americans alike.  My dad was friends with many of the Saudis that we lived around and many of my friends came from nearby countries like Jordan and Lebanon.  And while I know that yes, there is tension between the Middle East and the West, particularly the US, we must also remember that the ordinary people living their lives in those countries we are so quick to judge don’t often share all the sentiments that our media would like to portray or that the extremists would preach.  We only ever see the bad, but what we don’t see are all the people around the world that are kind and accepting, that showed a little blue eyed girl from the other side of the world kindness and acceptance. 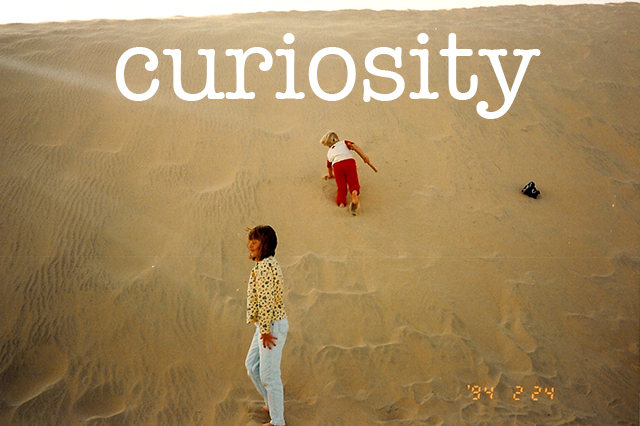 I was always one to be totally fine on my own, even as a kid, I didn’t need to be surrounded by friends or have activities planned all the time.  But I think one thing that Saudi brought out in me at an early age was a curiosity with the world.  I am fascinated with cultures and languages and how all over the world we’re all just people, living the best we know how to.  A curiosity with the world I think has always been in me, but living half a world away as a kid only strengthened it.  It’s still something I hold on to today and something that I hope I always have, a curiosity to better understand our world. 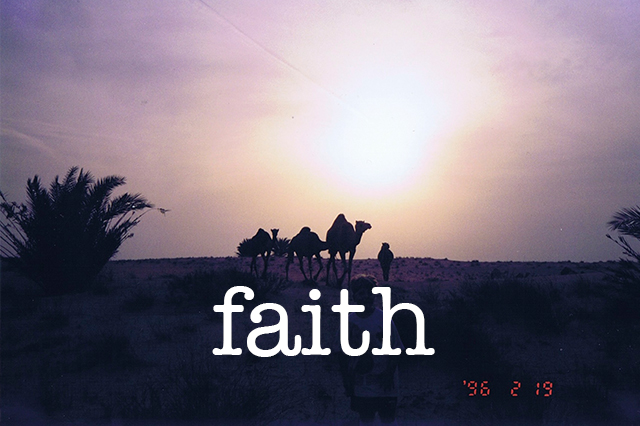 I can’t even count anymore the people who, over the years, have said things to me like “all Muslims are terrorists” or used racial slurs against Islam or those who would practice a different faith than their own.  It’s something I won’t tolerate and those that have made the mistake of making those comments to me will get a response they perhaps weren’t expecting if you don’t know me.  I won’t tolerate ignorance or bigotry, there is no reason for it and those that would put down an entire group of believers in a religion like Islam, or any other for that matter, are going against the very tenets of every faith.  I’ll never forget a conversation I had with a Muslim friend of mine as a kid.  We sat in the jungle gym on the playground at school and talked about how much our two religions, Islam and Christianity, really had in common, how much we were alike in what we believed.  Saudi Arabia taught me that faith across the world is more similar than different and whether you are a Muslim, a Christian, a Buddhist, a Jew, we all have more in common than not. 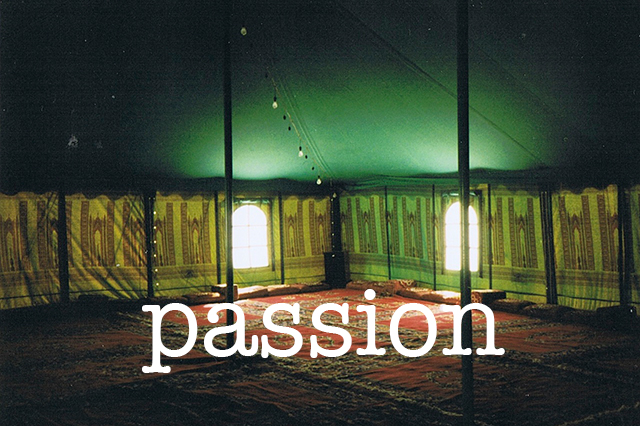 My passion for seeing the world is no doubt something that stems from my childhood abroad, a drive to see all parts of the globe, to find out about different cultures and learn different languages.  From an early age we traveled to far off places like Cyprus and Bahrain, Dubai and India.  We spent time as a family seeing the world and while my parents probably wouldn’t say they have such an insatiable passion for traveling as I do, they raised my brother and I in a way that we learned about the world through experience.  We learned words in Arabic and embraced local foods and cultures.  My passion for this beautiful world we live in no doubt came from Saudi Arabia, a place I called my home. 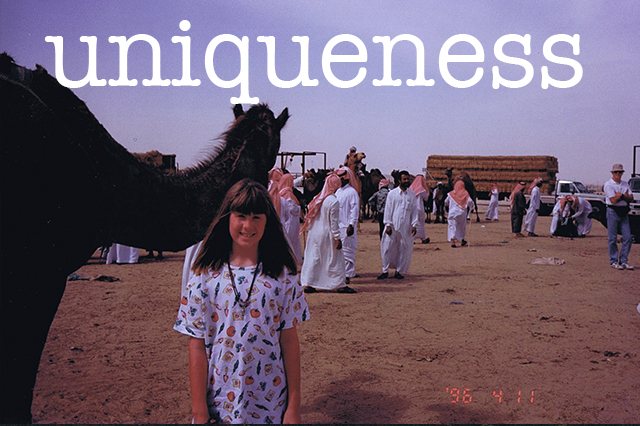 I didn’t have the typical childhood in some ways, like the fact that we were a world away from our families or that I’ll forever have Dammam, Saudi Arabia as my place of birth in my passport.  Like the fact that we went to camel markets on the weekends and I grew up eating schawarmas and drinking Orangina with a label written in Arabic, but my childhood was totally unique.  It is something that took me a long time to come to grips with and to embrace, that I was different.  That my life was different.  That my experiences were different.  Moving back to the States was challenging, to leave that unique life behind was really hard but all these years later I realize now that I never really wanted a normal life.  I’ve always craved something different, to go against the grain, to choose the life I want and to make it as extraordinary as I can.  I realize now that my unique childhood in Saudi Arabia was the start of my path, a unique journey that I’ll always have propelling me forward.