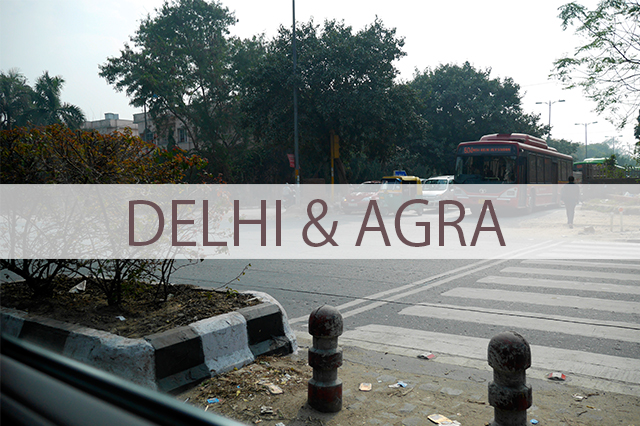 Our first full day in India, after arriving the night before around 10pm, started with an incredible breakfast at our hotel, the Trident Guragaon, and a walk around the grounds to take in the beautiful hotel.  Around 10am, we checked out and met our driver (we had hired him ahead of the trip) to take us to Agra.  We had previously arranged to stop over in Delhi for a couple hours and specifically visit the Lodhi Gardens before heading on to Agra.

Our first stop along the way, our driver dropped us off at the gardens and we wandered around for a while, taking in the amazing ruins that sit in this beautiful park.  We walked around the Bonzai garden, took in the Bara Gumbad tomb and mosque and explored Mohammed Shah’s Tomb.  The park was full of locals enjoying the sunshine, picnicking with their families and taking leisurely strolls.  It was a beautiful area to take in Delhi for a couple hours and we got lucky with a gorgeous day.

After exploring for a while, we began the drive from downtown Delhi to Agra.  We got to take in a lot of Delhi as we drove through the city and knowing on this trip that Delhi wasn’t a huge draw for us, we didn’t mind not spending a ton of time there.  We got the lay of the land and views of the city as we weaved in and out of the nonexistent lanes of traffic, motorcycles speeding through tiny openings everywhere you looked, and little girls holding babies tapping on car windows at red lights asking for money.  Finally, we left the chaos of New Delhi behind and sped along on the fantastic new expressway to Agra.

The hotel was kind enough to make box lunches for us for the 2 1/2 – 3 hour drive to Agra and we enjoyed our lunch as we took in the farmland landscape in between the two famous Indian cities.  Landscape of sugar cane fields, cows roaming, fields of workers making bricks from the red clay dirt under foot and tiny Indian towns dotted the windows during our drive.

Upon arrival in Agra, we were met with a very dirty and run down city.  Agra in itself was not my favorite spot in India, though after hearing about the history of the city during our trip to the Taj Mahal the following day, I was inclined to feel more for the city.  Once an incredibly rich and wealthy province of India, due to many declines in jobs and industry in the area in the past, the city now is buildings falling apart, monkeys and cows roaming freely and pretty much just a tourist draw for those of us visiting the Taj Mahal.

We arrived at our hotel (originally staying at the Trident in Agra) to be told that we had been upgraded to the gorgeous Oberoi Amarvilas with views of the Taj Mahal (thanks to my amazing family connections with the hotel brand).  To say we were excited, was an understatement.  The beautiful Oberoi hotel in Agra is world famous, mostly for it being insanely stunning and for being (I believe) the only hotel in Agra to actually have a direct view of the Taj.  We were escorted into the hotel to take in the stunning forest behind the hotel, with the majestic Taj Mahal rising out of the mist behind it.  Our room had a straight on view of the Taj and we spent the rest of the afternoon just taking it in, holding on to that moment.

It happened to be incredibly stormy during our time in Agra, with a huge rain and lightning storm that evening, so we didn’t get to explore the surrounding area much.  Instead we had dinner at the hotel restaurant and took in the incredible hotel and restaurant.  We returned to our room to head to bed early, in anticipation of our sunrise visit to the Taj Mahal the next morning. 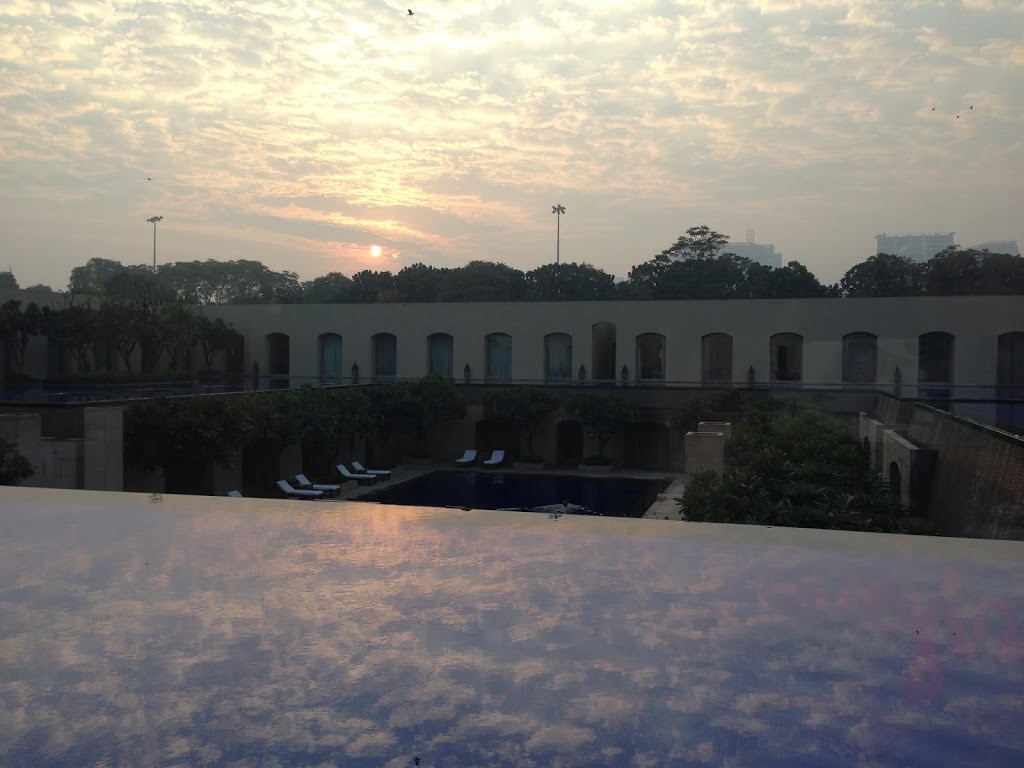 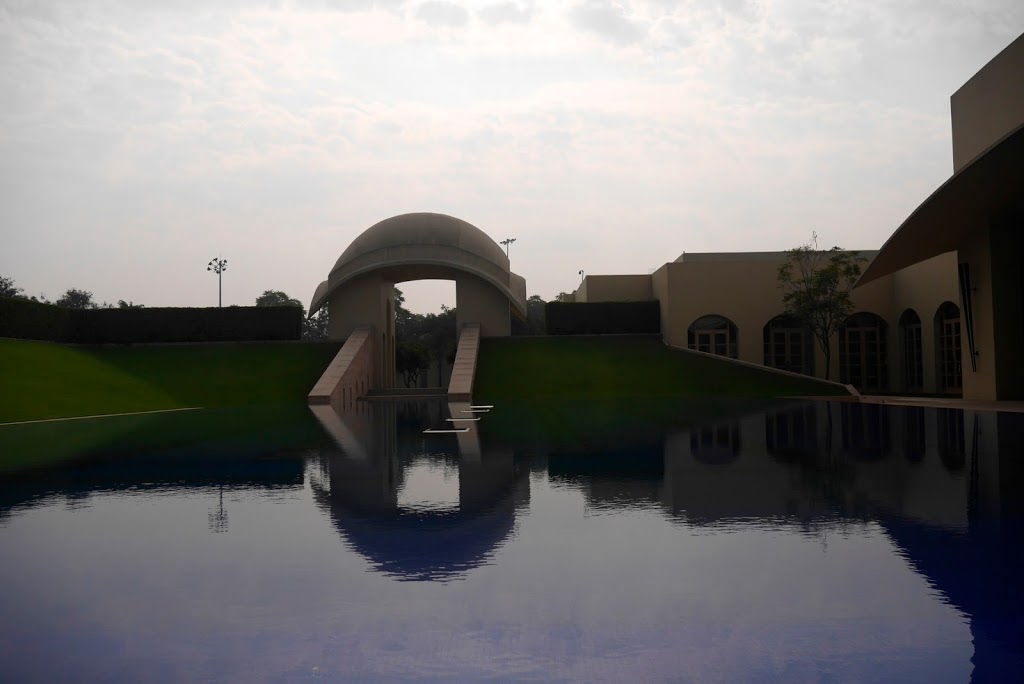 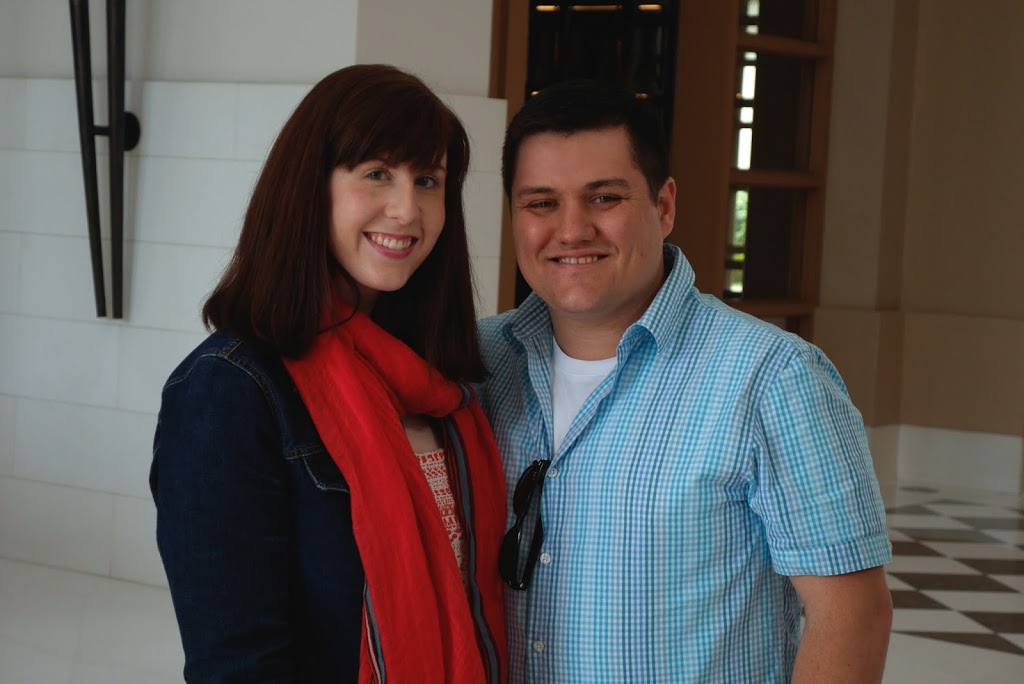 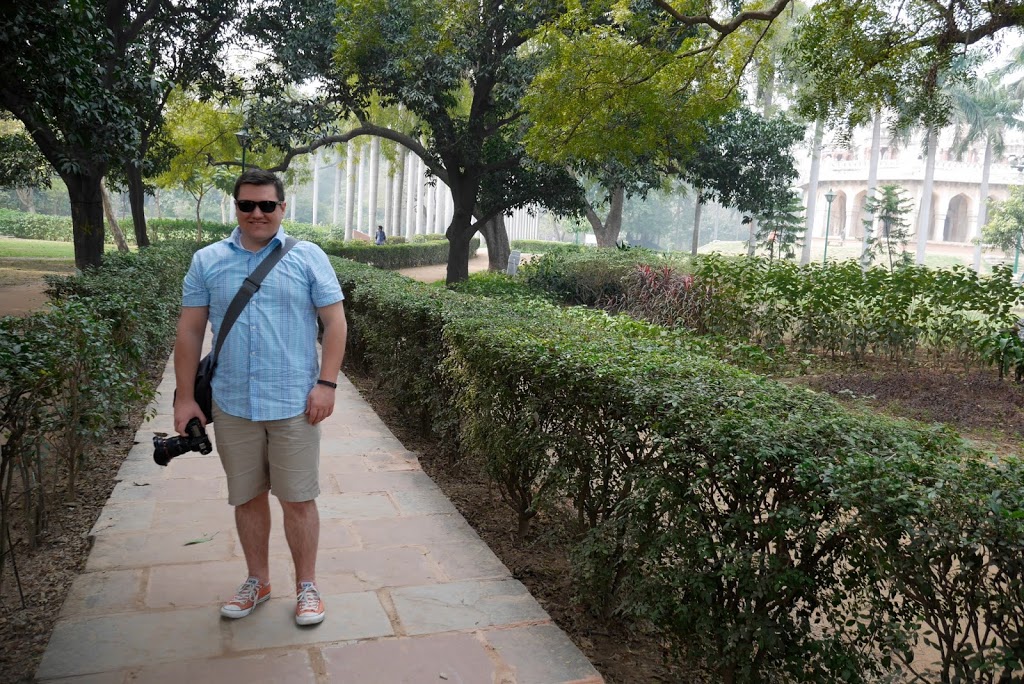