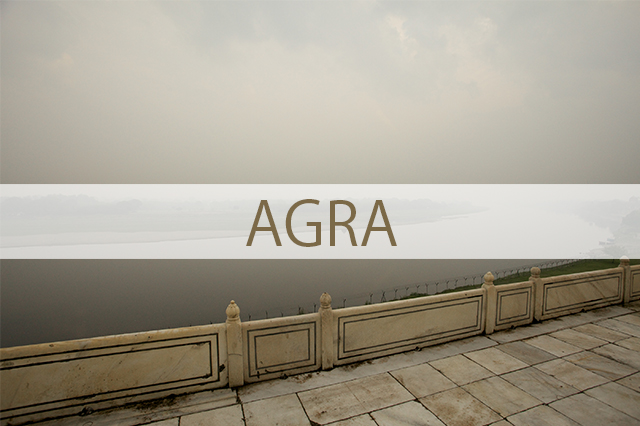 Bright and early our second day in India, we awoke at the beautiful Oberoi Amarvilas before dawn in order to make it to the Taj Mahal for sunrise.  Luckily, the storm from the night before had subsided a bit and though the streets were wet, no rain fell during our visit.  We hopped in a golf cart from the hotel, taking us to the entrance gates for the Taj, bought our tickets and wandered in, not sure what to expect.

To say seeing the Taj Mahal is anything but awe-inspiring, would be an understatement.  Seeing such a world famous landmark, one of the seven wonders of the world, was pretty incredible.  Though we didn’t get a great sunrise due to the storm, we did approach the Taj as morning fog swirled around it, rising up in a hug around the building.  The fog gave a mystical view of the tomb and made it even more surreal.  I was shocked at how large it was, especially up close but equal to its size, are the incredible intricate details on its surface and the overall thought behind the monument.

Built as a tomb for his wife who died too young, the ancient King was mourning deeply for the love of his life and wanted a paradise for her to be buried in.  He built the Taj as a monument of love for her, engrained with symbols from Hinduism, Islam and Christianity as a place that connected all the faiths of his subjects, leaving no one out, a paradise for all, for tolerance.  Every part of the Taj is immaculate and perfectly thought out, everything is symmetrical (except for the King’s own tomb placed next to that of his wife’s against his wishes by his son.)  Walking around the monument, touching the carvings, feeling the marble under your fingers is a feeling I can’t quite explain, a feeling I’ll never forget.

We wandered around the grounds for a while, taking in the mosque next to the Taj and the symmetrical building on the other side, built identical to the mosque but with nothing inside, just to make sure everything was balanced.  Upon leaving, we took one last look at the majesty of the building we had just seen, just touched, just experienced.

We returned to our hotel, had a quick but delicious breakfast and took a look around the grounds just a bit while the rain stopped and then headed back to meet our driver to make the drive back to Delhi, to the airport and on to Udaipur.  Our time in Agra was short, but the memories we made there I’ll never forget. 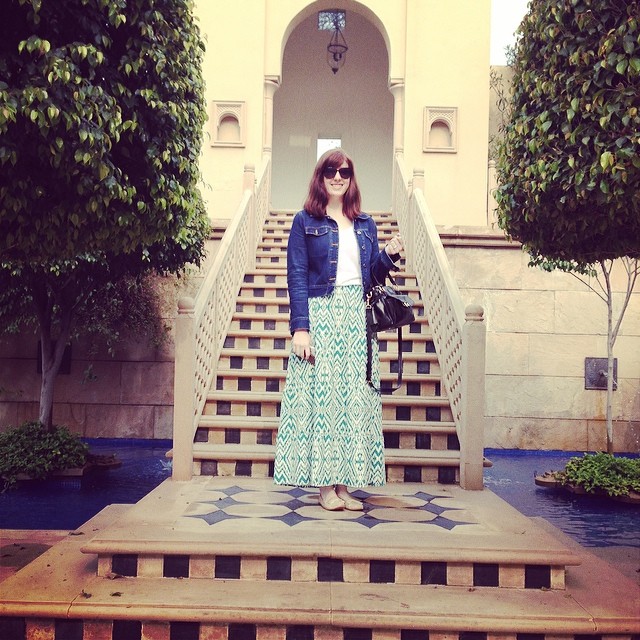 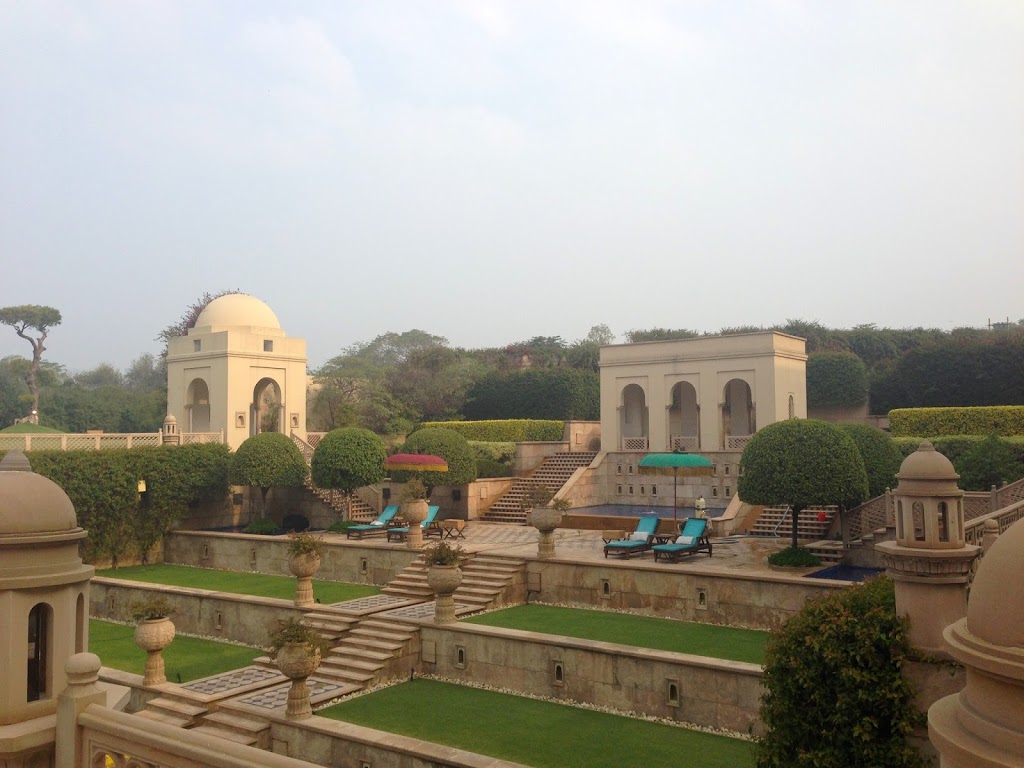 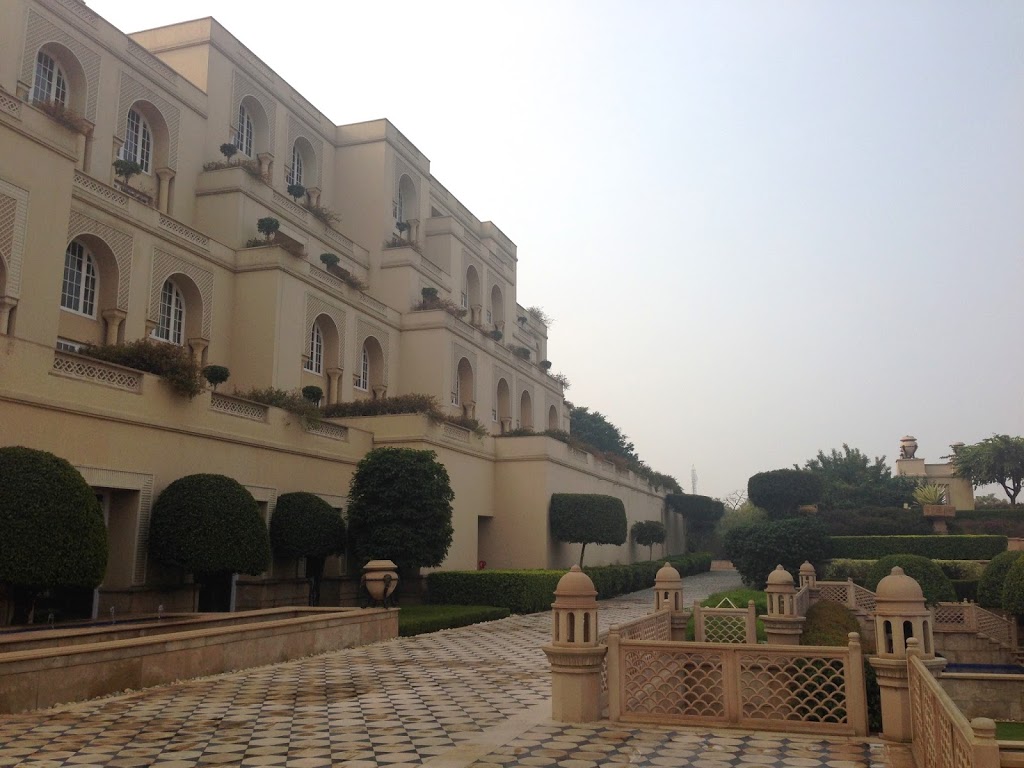 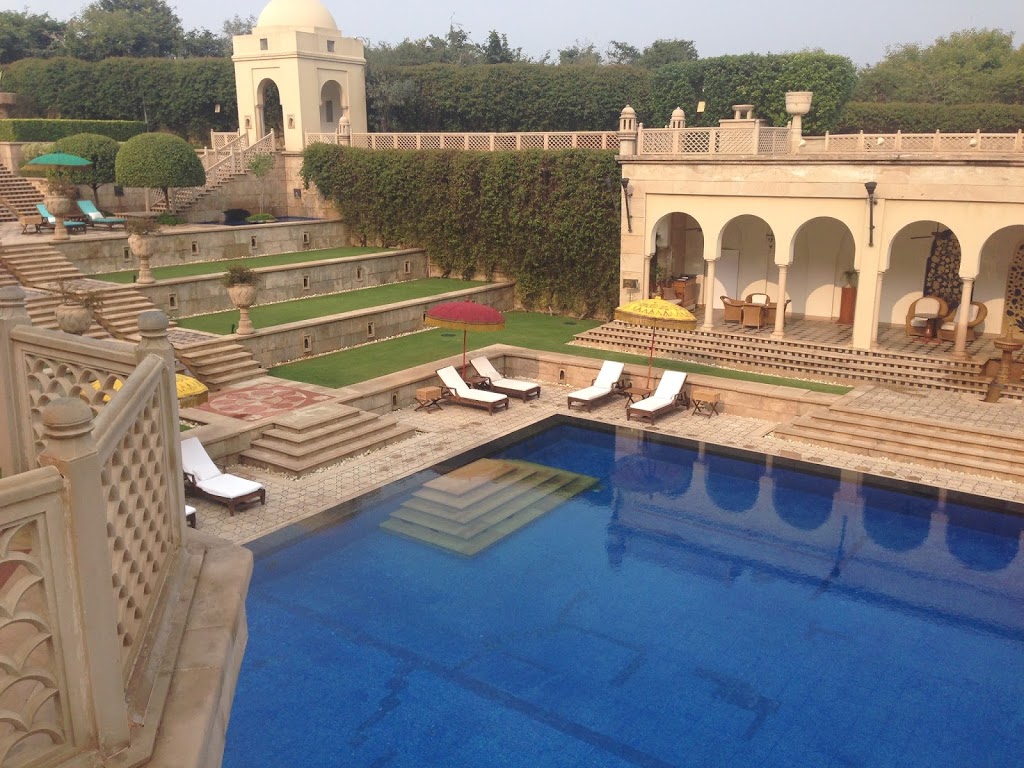