Before I get into our day by day posts for India (and to give Nick a little more time to finish up his photo edits), I wanted to do a post offering some tips that I would have liked to have read before we traveled there.  India is a magical place but it also is a place foreign to many of us and with some hard truths, if you will, within the country.  I would whole heartedly promote traveling to India to everyone but it’s also a difficult country to travel through in some ways and I think it’s helpful to be aware of a few things before going.  So here are a few things I would have liked to know before going, lessons we learned along the way and general tips for those of you thinking about traveling to India. 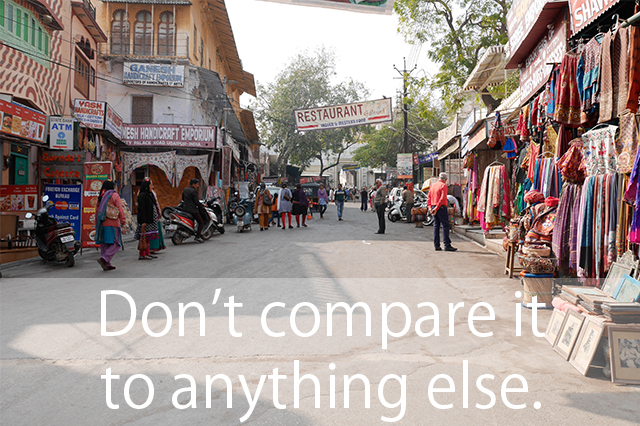 India is like no where else in the world and honestly is so different in many respects from the rest of Asia and the Middle East, two areas of the world that sit on either side of the sub-continent.  India is India, it won’t be like any place else, so don’t compare it, don’t try to fit it into a category.  When you can just embrace the country for what it is, take in its sights and culture as it is, that’s when you’ll see the true India.  Just let it be what it’s meant to be, if you do that, India will steal your heart. 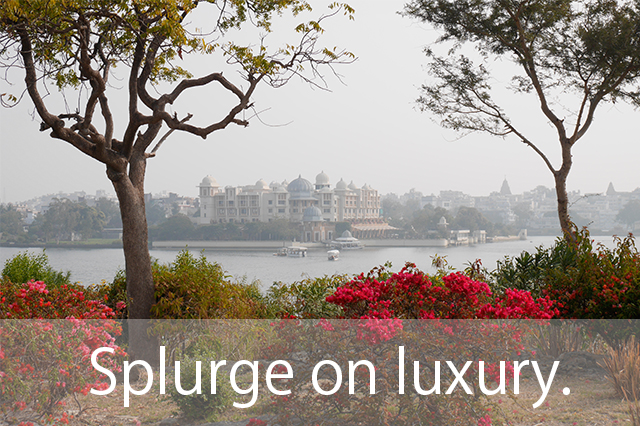 India is a mix of contradictions and while much of its population lives in poverty, the country is also one that does luxury insanely well.  The service, the gorgeous architecture and landscapes, India is a country that you should splurge on luxury even if for a short time while you’re there.  I have family connections to the Oberoi hotels, so we stayed in their hotels during our trip and I was blown away by the beauty, by the staff, by the magic of the luxury hotels of India.

We made the choice before our trip to splurge on this trip on incredible hotels and food, for a number of reasons.  First, as I mentioned I have family connections in the country and it was simply easier and more helpful for me to go through them while traveling to their home country.  Second, knowing we were going on to other places on our trip after India, we really didn’t want to end up getting sick while in the country (which is an often occurrence with Westerners traveling to India), so we made the conscience effort to eat mainly at the hotels to be safe.  We were not disappointed and had some incredible meals.

And finally, luxury in India can be incredibly magical.  The luxury hotels and restaurants add an aura to ancient India, taking you back in time and offering an incredible experience.  We had some amazing moments at our hotels and though they are a splurge, they are worth every penny for what they provide, from a view of the Taj Mahal from your hotel room to 5-star service, to being showered with rose petals upon arrival.  If I had to do it again, I wouldn’t change a thing on where we chose to stay during our trip, we were totally blown away! 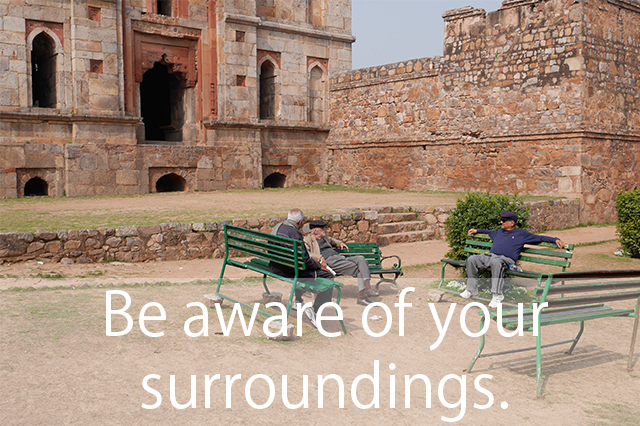 India has a ton going on and as a tourist, it can be an overwhelming sense of emotion.  There are dogs roaming the streets, cows wandering around all over, people everywhere and sounds and smells all around.  It’s really important while traveling through India to be aware of your surroundings, especially because so much is happening all around you.  It’s easy to become distracted but I would advise to keep your awareness around you as much as you can.

There are many things that are common in India such as wild animals roaming wild, begging children (many times small children holding small babies) and shopkeepers trying to get you to buy something, seeming to incessantly say “lady, come here, buy this.”  The most important word you’ll say in India is “No.”  We found that saying no firmly once was most of the time enough, then if they keep bothering you, saying it again and walking away without saying anything more was helpful.  Even Indians will tell you not to give money to the begging children, they’ll tell you it’s a real problem in their country.  Don’t enforce it.  If you want to donate, there are good charities out there that help with the issue. 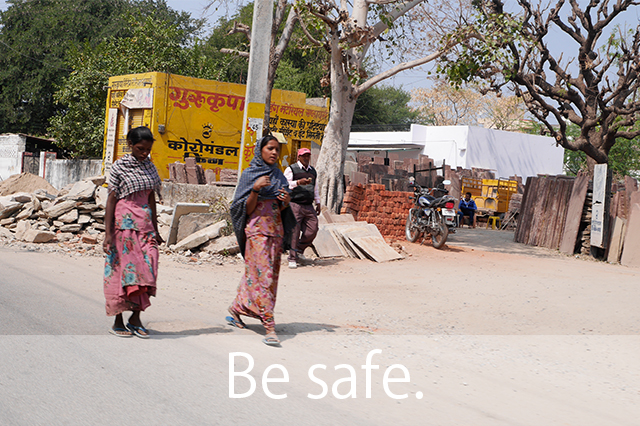 India is a country that is very foreign to those of us from the West and it can often be daunting for travelers to know how to stay safe in this country, as it’s so different traveling here than other places in the world.  It’s important to be safe when walking around, stay in the flow of other pedestrians so you don’t get hurt by the traffic that seems to flow on every surface, in no order or lanes and you want to make sure to stay clear of the hurtling cars and motorcycles.

Another thing to be aware of when in India is eating safe and drinking safe water.  Tap water isn’t safe there to drink unless you’re staying at a hotel that filters their water (many of ours did), so be aware of that and only drink bottled water.  Also, be careful with what you eat.  We chose to eat mainly at our hotels just to be safe, but even then you want to be safe and prepared.  Make sure to bring medication in case you get sick.

There are other things that are common in India that it’s important to be aware of like women being safe in public places.  There are instances of groping or men asking to have their pictures taken with Western women, you should be safe and aware of things like this happening and say no immediately if it happens to you and hold your ground.  It’s also important to dress conservatively as a woman traveling through India and not to wear lots of expensive jewelry as that might be a red flag for pick pockets or make you stand out.  Many of the safety features I travel with through Arab countries, I applied to our trip through India.  Be conservative, be polite and be courteous and that will get you a long way. 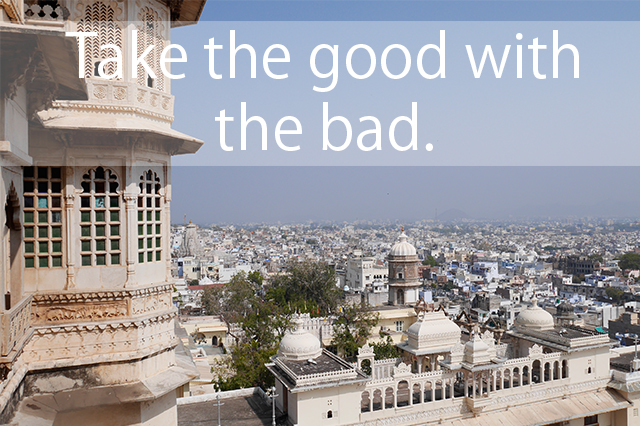 India, as I’ve said before, is a mass of contradictions, it’s both amazing and horrifically sad at the same time.  But that’s what the country is, that’s what makes India, India and has for many many years.  It’s important as tourists there traveling through the country to remember that, to know that while we’d like to feed every starving child or adopt every wild dog, it’s not our culture and we can’t pretend to know what’s best or how people should live.  We must take the good with the bad and do what we can, experience the country and see the beauty of a place that has an incredibly rich tapestry of culture and landscape.  We must take the good with the bad and see the beauty in a country so different than our own.