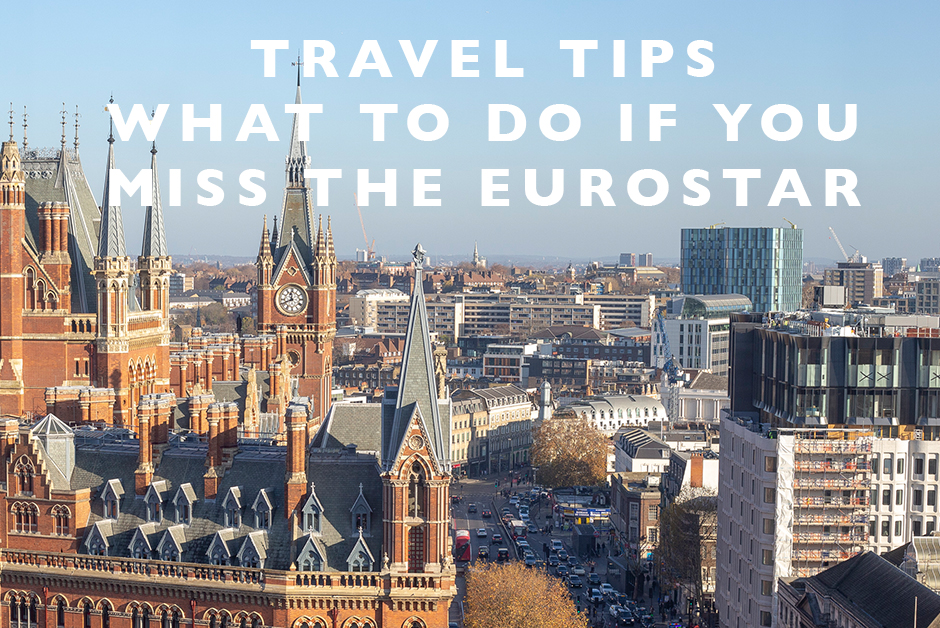 Nick and I, over the years of traveling around the world, have come to admire the ease of trains as transportation.  We don’t have a great train system on the West Coast of the US and so when we travel, we love using trains to get around, particularly because the rest of the world does this so much better than the US.  One of our favorites, is the Eurostar from London to Paris and we’ve used it several times in lieu of flying as it takes us from city center to city center, it’s often cheaper (if you book ahead) and you don’t have to arrive 2 hours before like you would at an airport.  Plus, it’s usually one or two less flights on a trip and we’ll take that anyway of the week.

With that said however, we’ve never missed our Eurostar train…. until this last trip.  We were flying into London, arriving at around 8:35am.  Our train was support to leave around Noon.  Now, under normal circumstances, that should have been fine to get from Heathrow to St. Pancras in London, which we’ve done several times.  However, our flight to Heathrow ended up being delayed leaving New York and then circled in the air for an hour before finally landing, making us about 2 hours late getting on the ground.  And while technically we arrived about 15 minutes before our train was to depart, because you have to go through security, they close the Eurostar gates 30 minutes prior to the departure time and we barely just missed it.  Long story short, I should have booked a later train to give us more time, but if you end up missing the train like we did, here is what to do and how to rebook!

Immediately upon entering the Eurostar terminal, ask an attendant if the gates are closed for your train.

You might just make it, so be sure to ask.  They’ll tell you immediately if your train gates are closed, then you’ll know what to do next.

If they are closed, go to the Ticket Office.

If your gate is closed, you have to go to the Ticket Office, which is right next to the lines to the gates and marked clearly.  Let them know you missed your train and they’ll work with you to get on the next train available.  The man that helped us was so nice and tried everything to help us.

Ask for any seats they have available.

At first, it didn’t look like there were any seats available (other than really expensive first class seats) for the entire day left to Paris, but when we said we’d take anything, he found there were some seats reserved for something else that they were able to open up and give us.  So be sure to ask for any seats available.

You can’t reroute your ticket through another city.

I asked if we could reroute through Amsterdam, since you can take the Eurostar to Amsterdam and then connect down to Paris, but they told me that they couldn’t reroute my ticket like that.  So you’ll have to stick with whatever destination you booked.

We paid 44 British pounds each to change out ticket for Class 2 seats.

In the end, they were able to find 2 seats for us in the class we booked and we had to pay 44 British pounds each to change.  While not crazy expensive, it is an added expense so just be ready for that if you have to change your tickets.

If trains are sold out, except for Class 1, it might be cheaper to stay the night in London and get the first train out in the morning.

When we first started looking, it was going to be crazy expensive if we could only change to first class seats, like several hundred dollars worth expensive.  Luckily, that didn’t happen.  But had it, it would actually have been cheaper to book a hotel for the night in London and then take the first train out the following day in coach seats.  So keep that in mind and be sure to weight the costs.