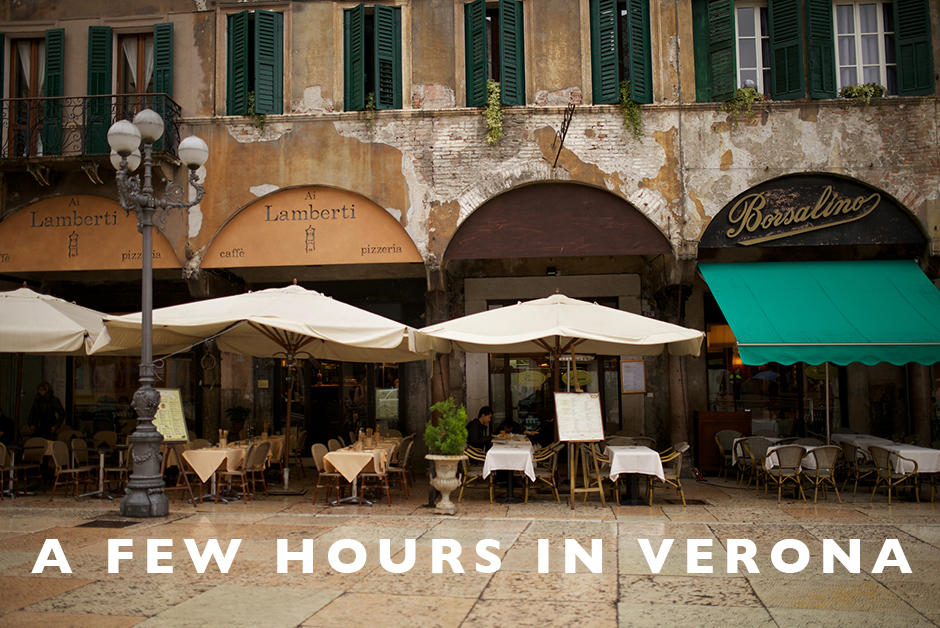 One of the things I really wanted to do this time in Italy was take a train to a smaller city for a day trip from Milan.  One of my favorite movies happens to be Letters to Juliet, which is based in Verona and when we decided on Milan, I knew I wanted to take the hour and a half train ride to Verona for the day.  I really wanted to experience a smaller city in Italy and Verona is a place that’s not super well known, so I thought it would be quieter and less touristy.  Well it was quieter than Milan but still packed with people exploring the city, even on a cold rainy day.
I really liked Verona, though it turned out to be a day packed full comedies of errors.  I started the day by banging my knee on an ancient stone (which throbbed the rest of the day and ended up creating a huge bump and bruise for the rest of the rip), Nick dropped his camera in a puddle (which thankfully did no harm to the camera), and he didn’t have a hood or umbrella and we got caught in a terrential downpour which left him looking like he had jumped in the river.  In the end, we ended up grabbing an earlier train back to Milan that we had originally anticipated because we really couldn’t walk around anymore in the pouring rain, but we had a nice day exploring Verona and some stories to look back on and laugh at.
I loved the colors in Verona.  The buildings, the monuments, everything was colorful.  And mixed with the cobblestone streets, the ancient colosseum and the tiny only pedestrian streets, it was truly magical.
Verona’s pretty small and we basically did a big loop through the city, starting at the Piazza Erbe, where we had lunch and I had the most amazing lasagna I’ve ever had.  Then we wound our way to Juliet’s balcony which is supposedly the house that Shakespeare modeled the Romeo and Juliet story after.  Next we headed to Piazza Bra where we needed a respite from the rain and enjoyed a macchiato and gelato (and Nick had Tiramisu).  After an hour taking our time with our coffee and desserts, we headed out into the weather again and wandered toward Castelvechio, a castle and fortress from the Middle Ages along the Adige River.  This was a really interesting place and it had great views of the town and really took you back in time.
Overall, I really liked Verona albeit through the cold and rain and the obstacles throughout the day.
I’m really glad though that we spent the day there… it was truly one of those places that could exist no where else than in Italy and that made it so cliche in the best possible way.
I can see why Shakespeare chose this little Italian city as his location for the tale of Romeo and Juliet.
And no doubt his notion of Verona is still alive and well today in this little storybook Italian city. 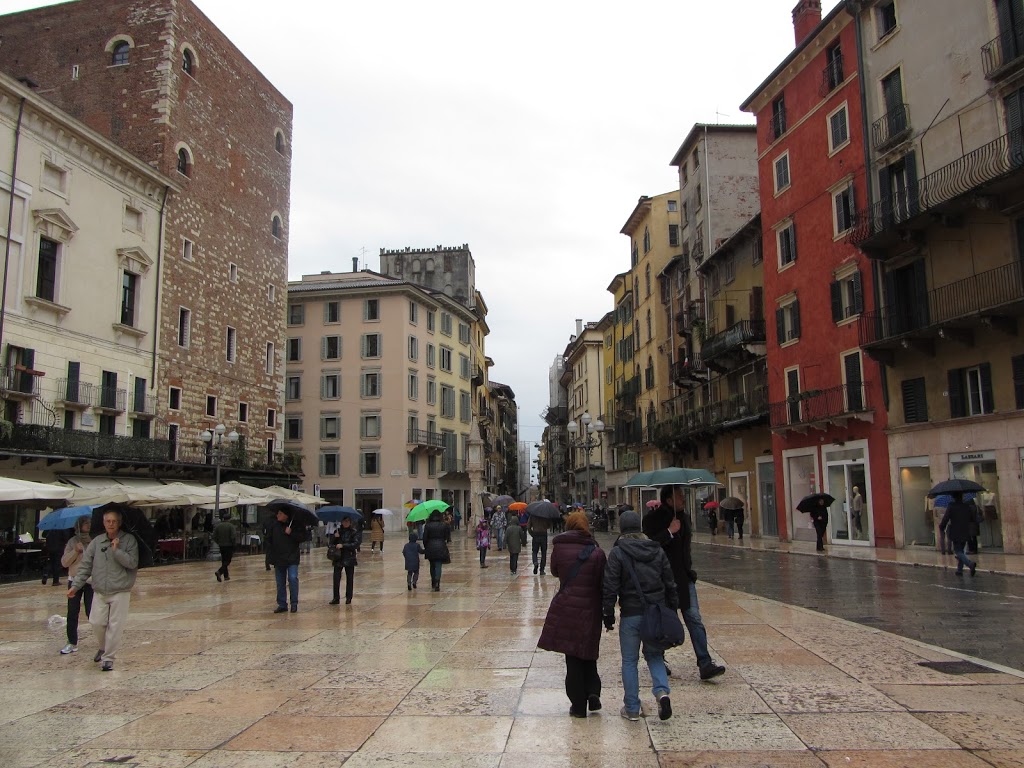 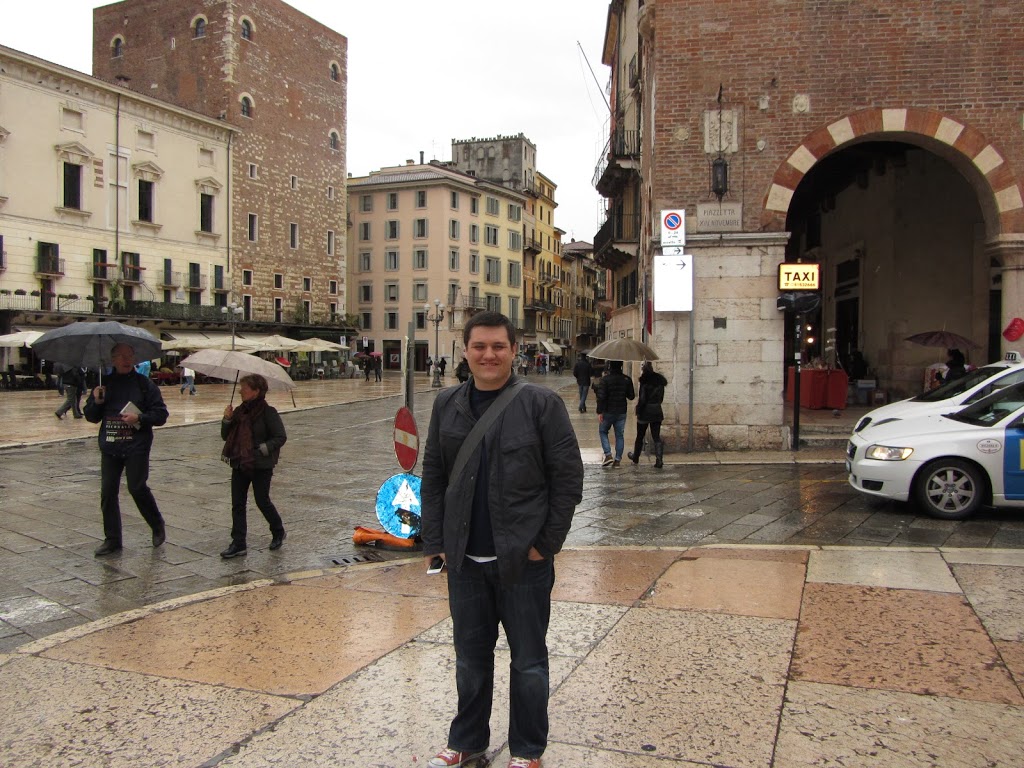 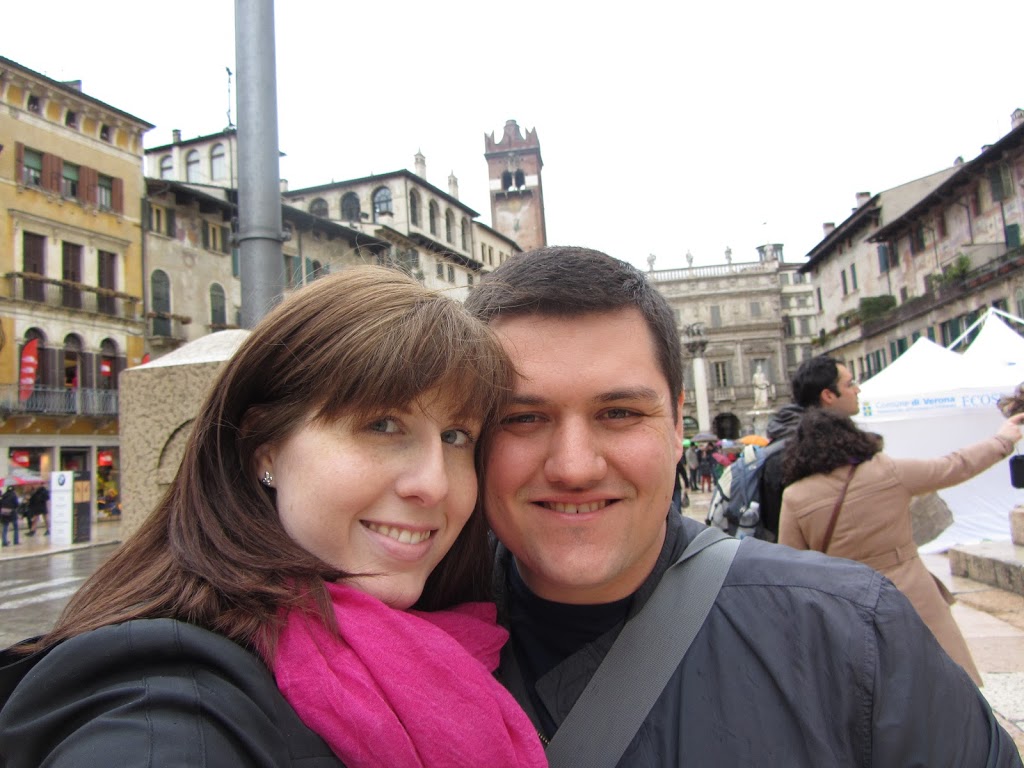 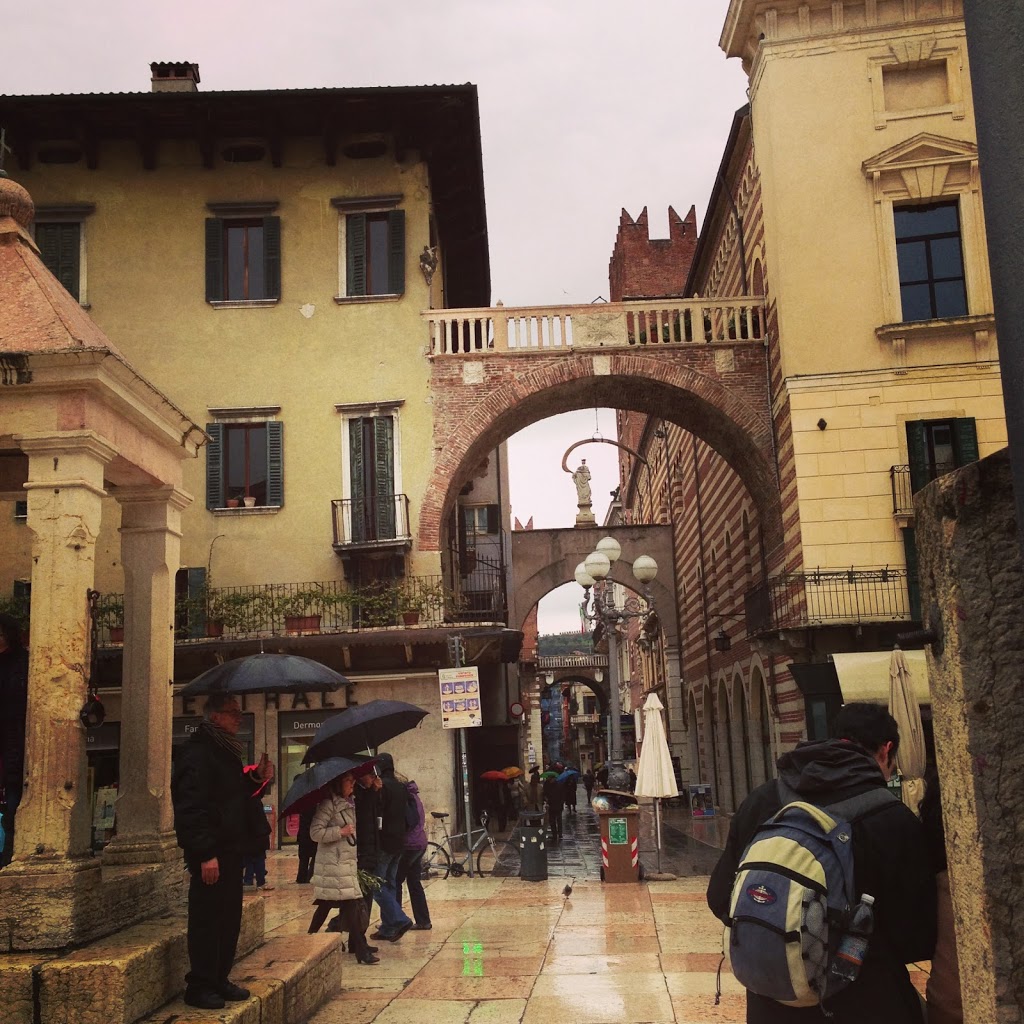 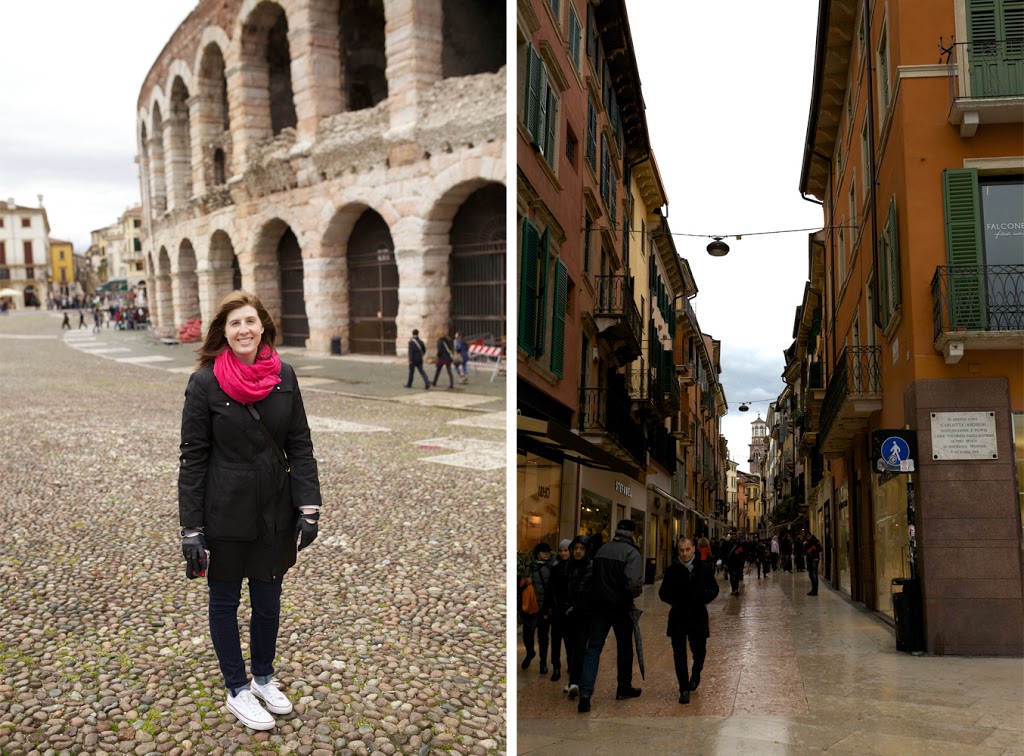 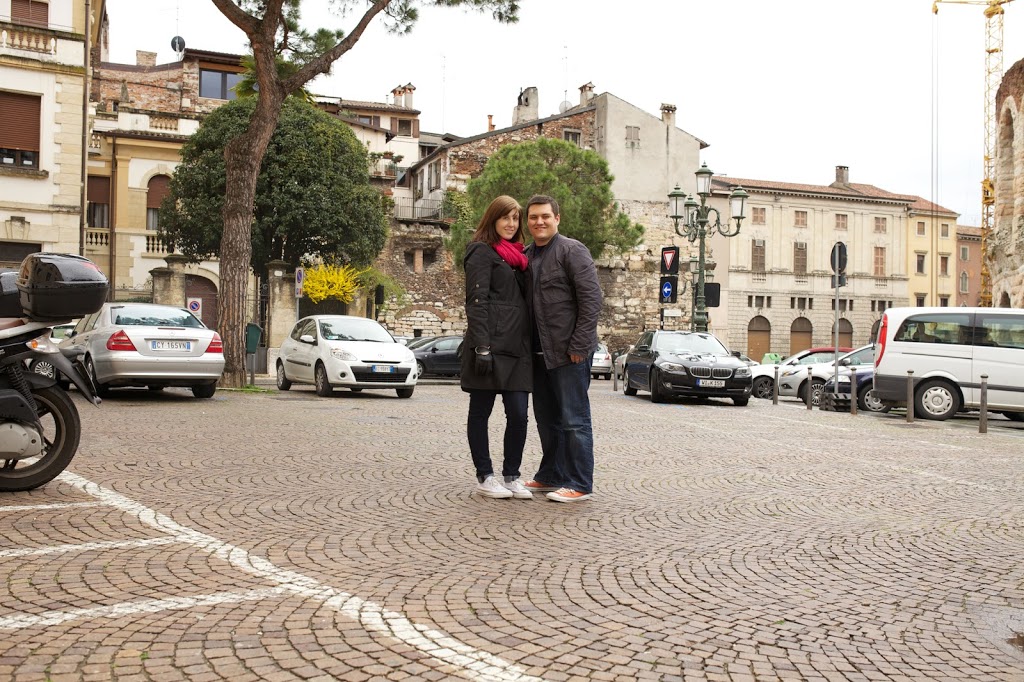 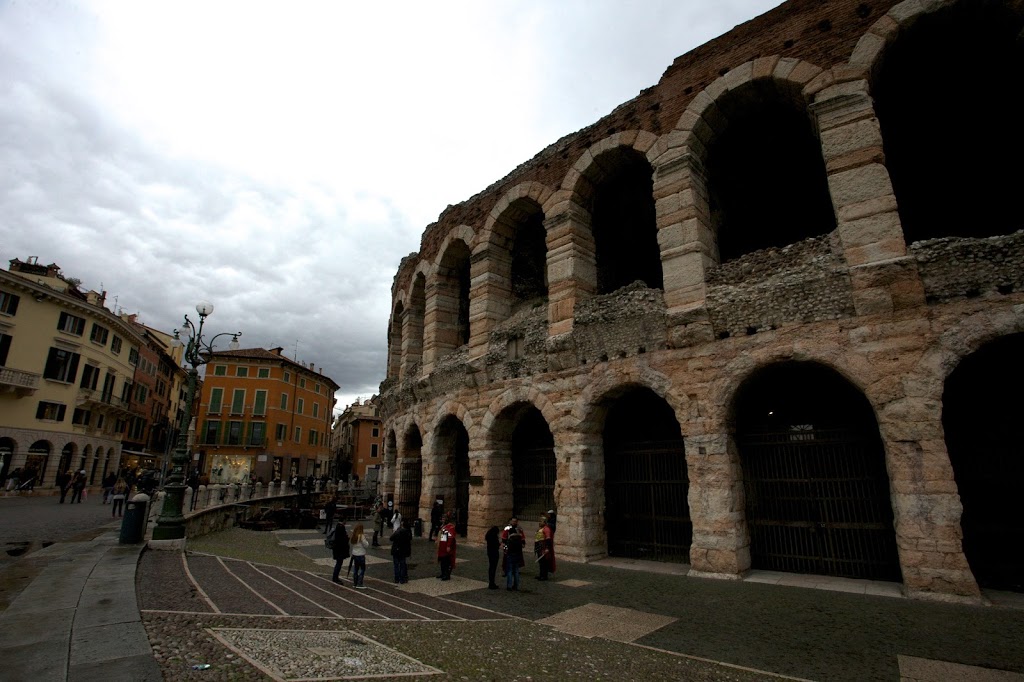 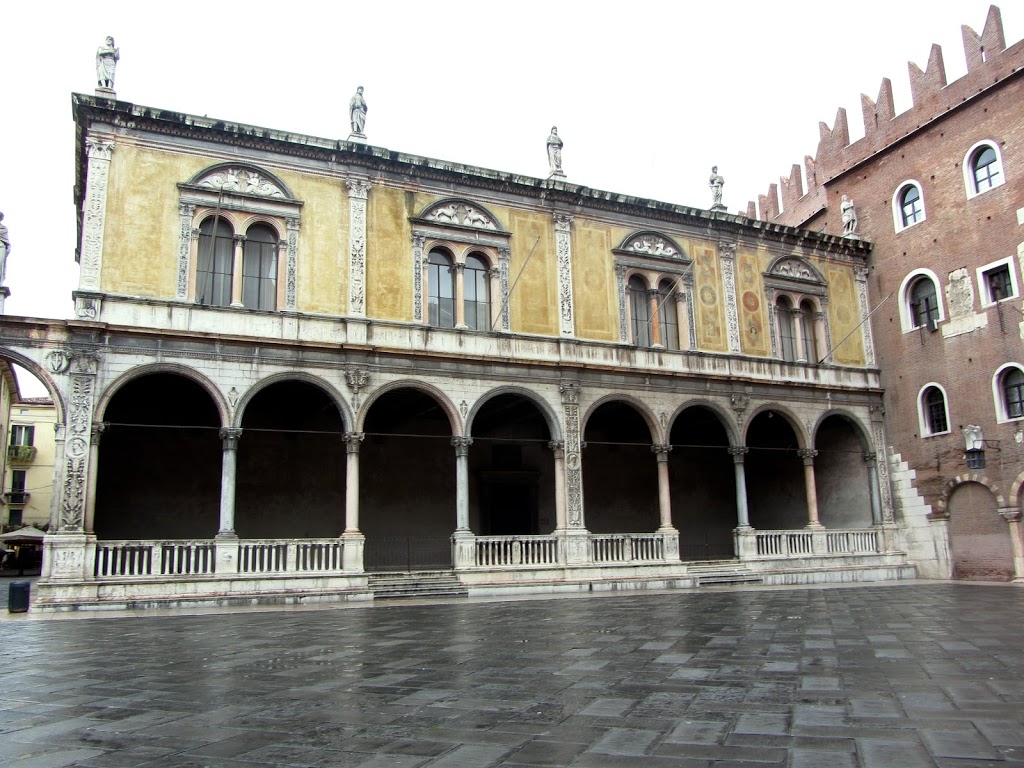 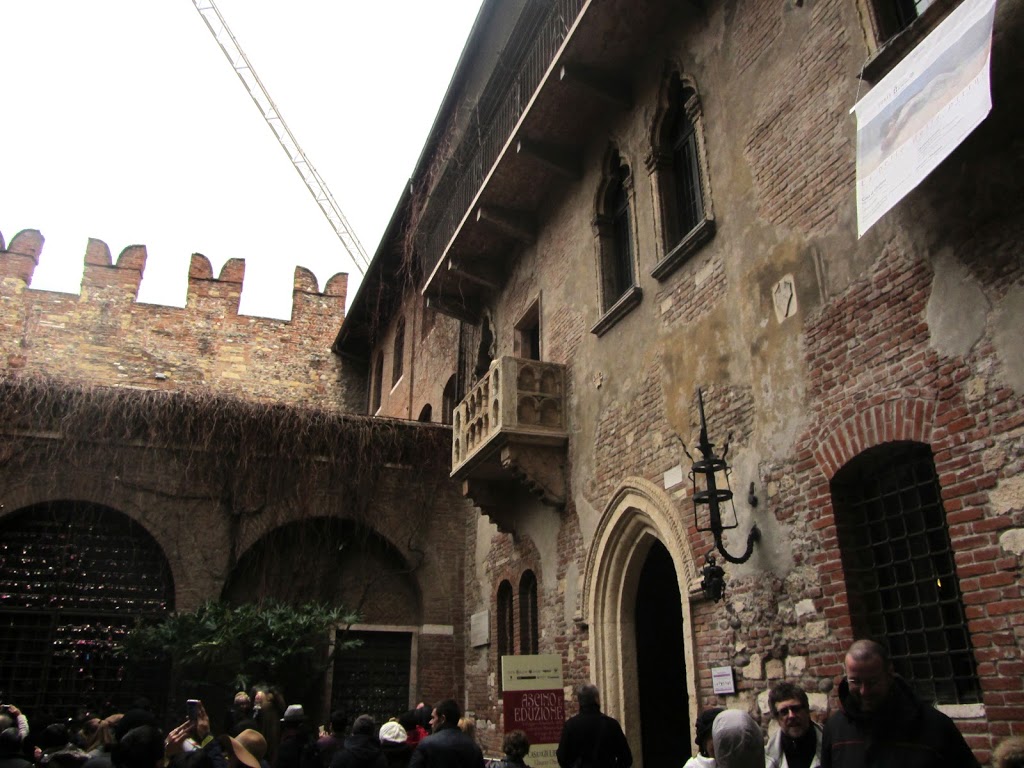 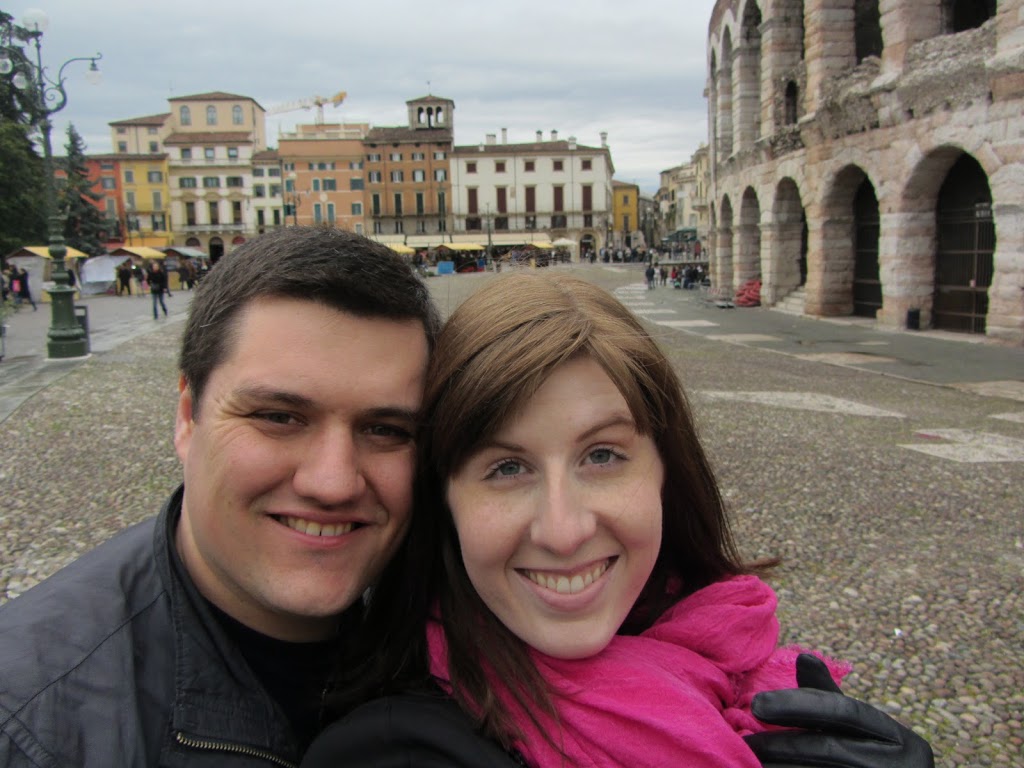 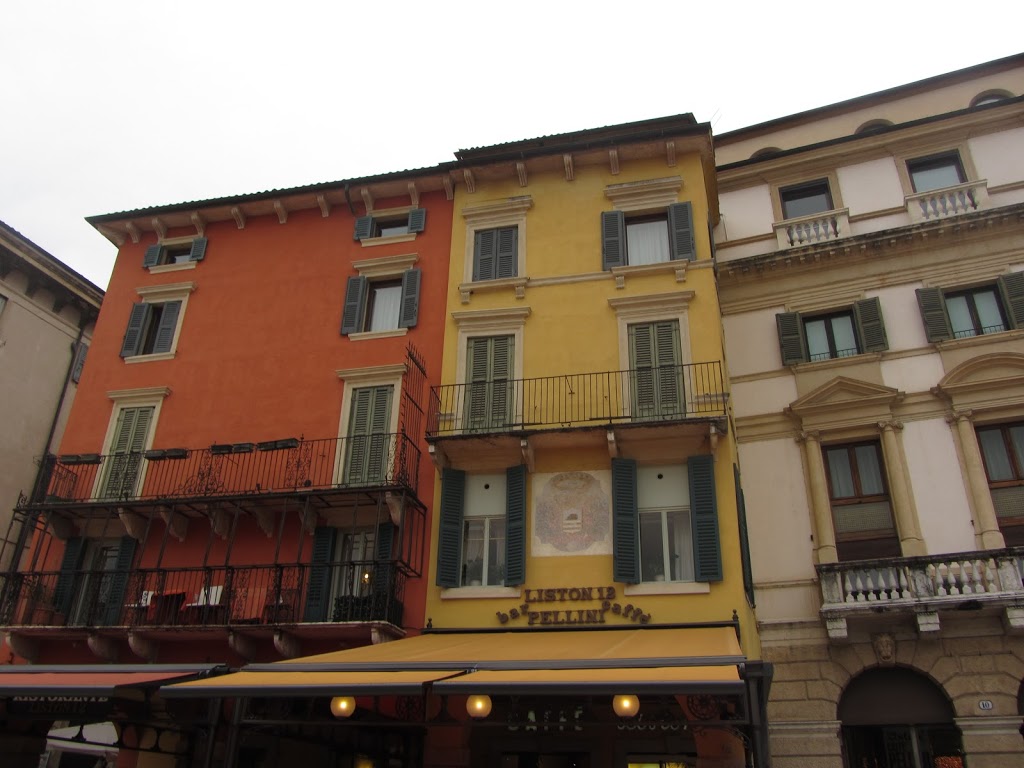 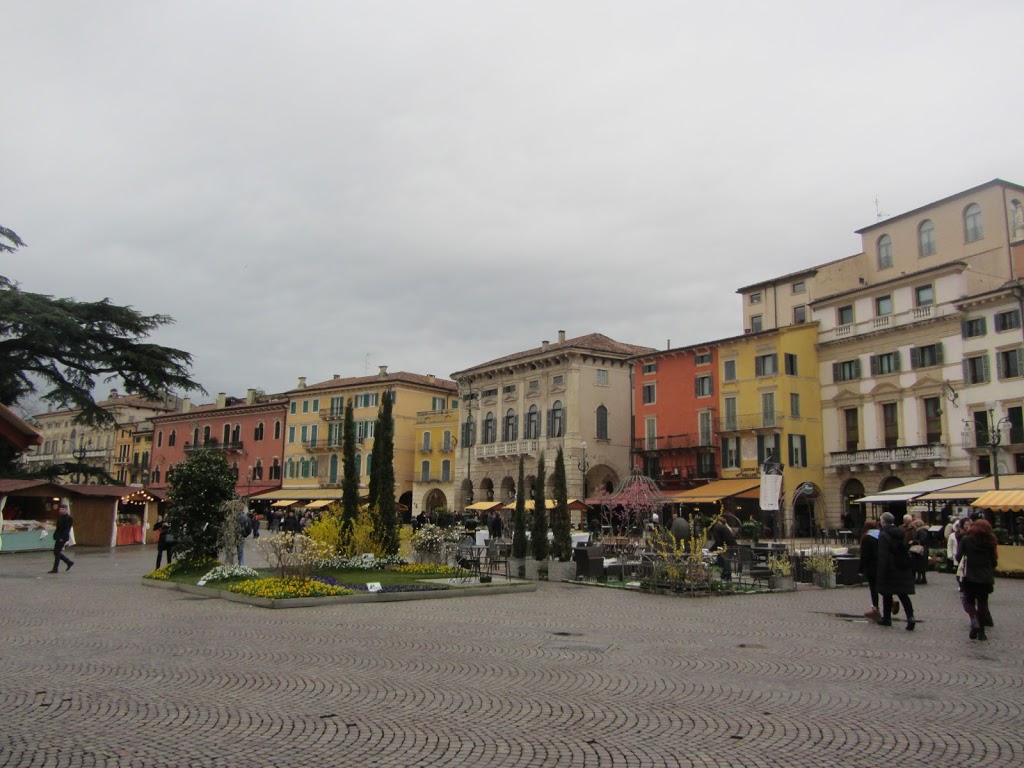 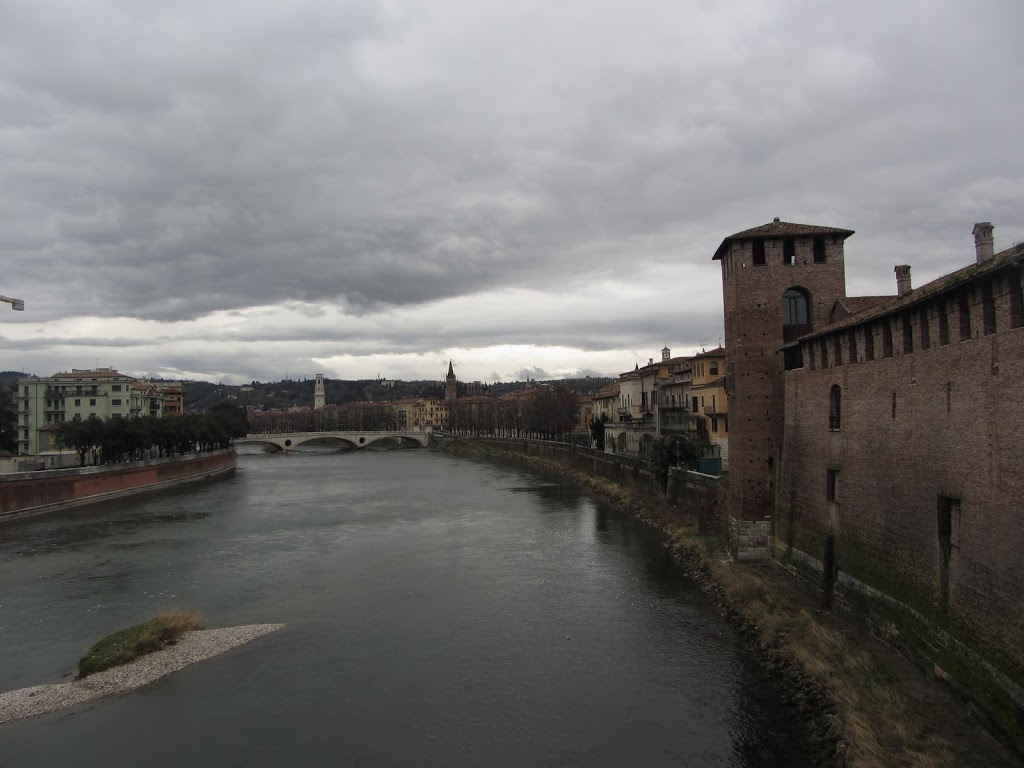 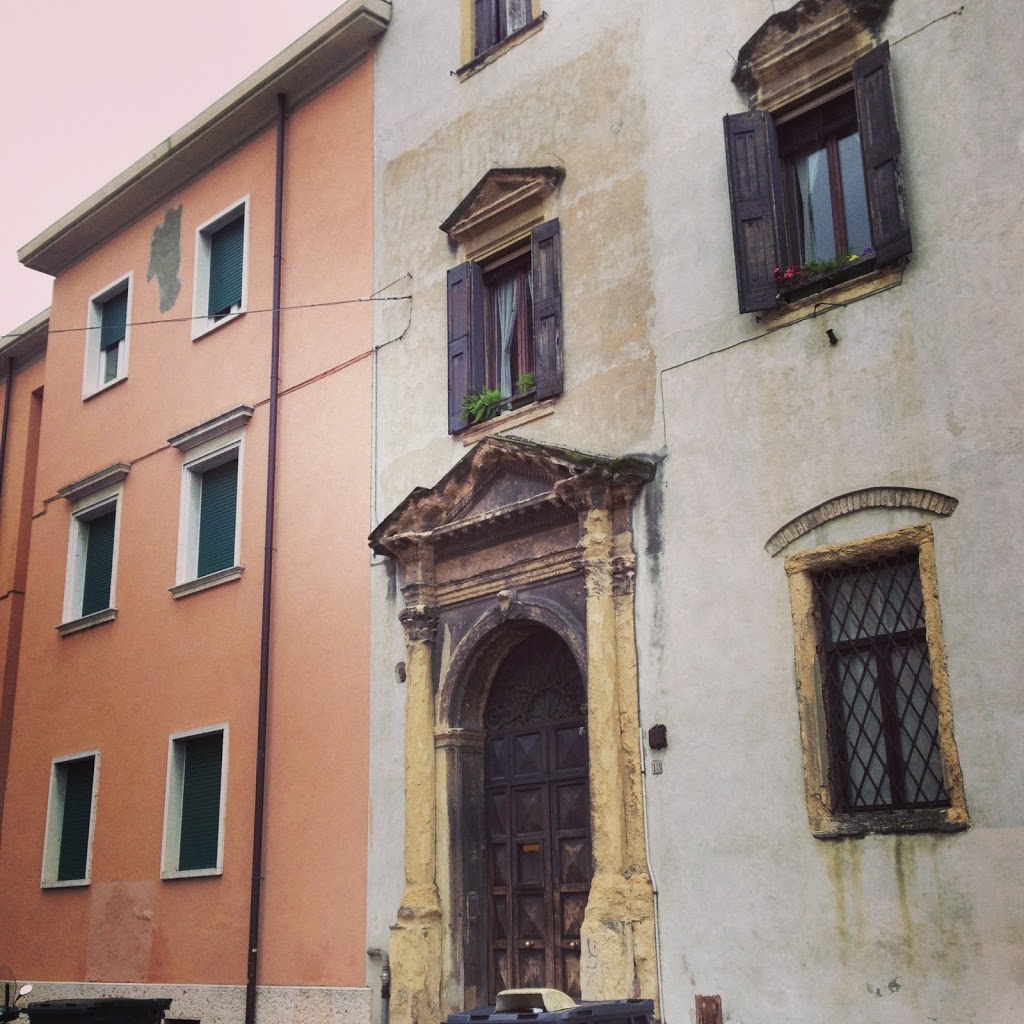 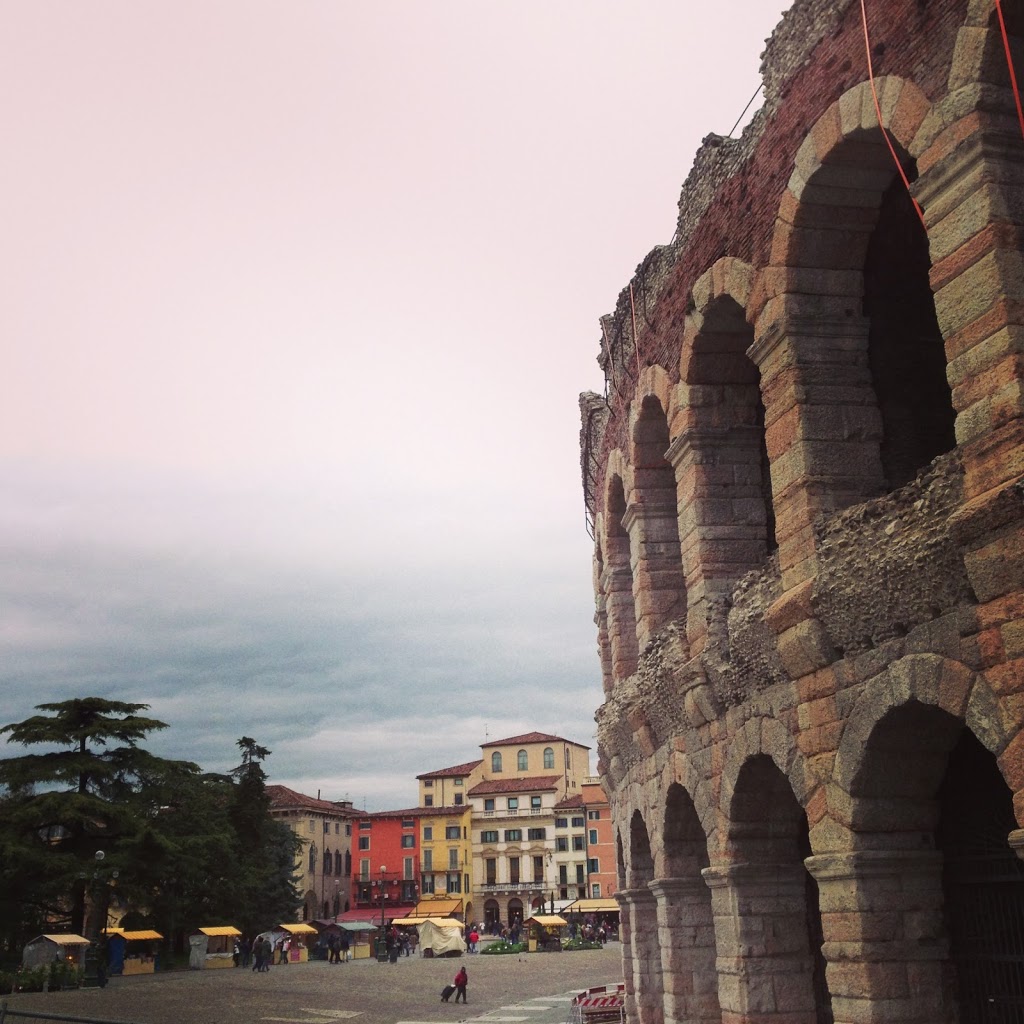