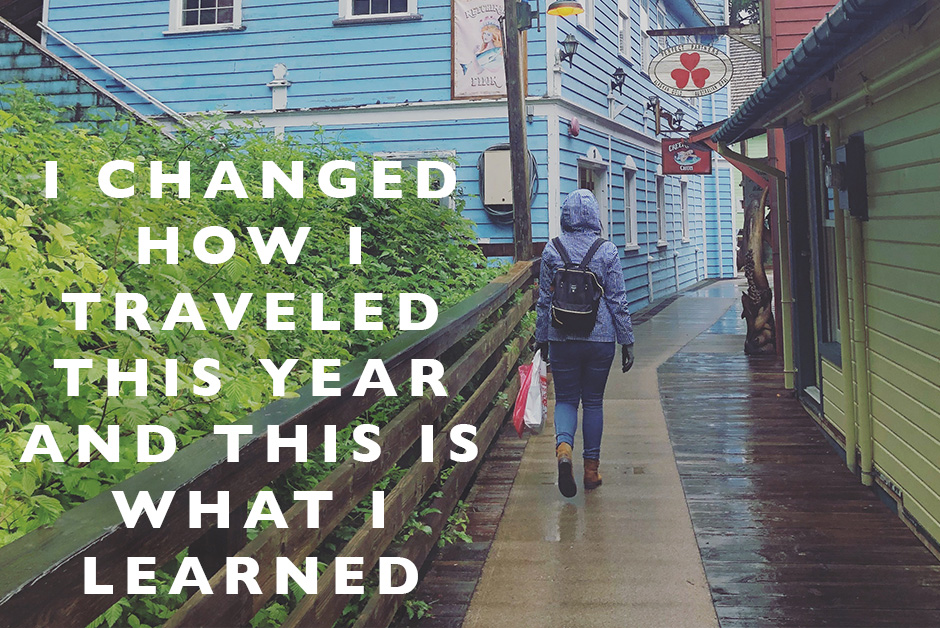 Going into 2018, Nick and I sat down and tried to look at how we travel.  We did a synopsis of the past couple of years, what we liked, what we didn’t and combined with our every increasingly busy day to day life, basically did an audit of our travel.  After a few years of what sometimes seemed like non-stop travel, we decided that we needed to change it up a bit, figure out what really works for us.  As we get older, I’m finding that the way we like to travel and how we want to get there and how often we schedule it definitely has changed, our needs have changed, our work/life balance has changed and as our life changes, so does our travel.  So long story short, when planning for 2018, I changed how I traveled this year and here in a nutshell is what I learned.

Not having travel planned every month like we had in previous years, instead letting ourselves breath a bit and shoot for every other month.

I’m not sure if you noticed, as many people in our lives still feel like we’re traveling all the time, but we actually have done a lot less travel this year in 2018 than in previous years.  So far this year, we’ve only done trips in February, late March and end of May.  For us, that actually was cut back quite a bit as we had been doing at least a weekend trip each month for the past couple years.  This was for a couple reasons: first, our work schedules were crazy this year and allowed us for much less ease of taking time off, and second, after a couple really busy travel years, we were a little worn out and wanted a little bit more time at home.

And while this year, mostly due to insane work loads, I’m glad we did this, I have definitely felt like I was missing something.  Travel for me is such a bank of inspiration and a mental health exercise to clear my head.  I really missed having more getaways, even if they were just local weekend trips and I think next year we’ll find a happy medium on this, bringing back a few more weekend getaways, even if they are just to local spots nearby.

Stay longer in certain locations instead of hotel hopping.

We decided this year to spend more time in one place when we travel, in one hotel room for a few nights on end or a cruise to Alaska where we saw multiple places but stayed in one room the whole week.  Honestly, this was mostly for Nick’s benefit to start with as I actually don’t mind hopping from hotel to hotel every couple of nights.  However, I will say, I ended up liking this idea more than I had initially thought.  And while the cruise to Alaska wasn’t my favorite way to travel, I have enjoyed the other ways we put this plan into motion this year.  For example, when we were in Japan in March, we based ourselves in Osaka for 4 days, staying in the same hotel the whole time and day tripping to the other cities we wanted to see.  Instead of jumping from city to city, having that base for several days was really nice.  I definitely think this is a lesson we’ll stick to in the future as it really did make a difference!

Another thing we decided to do this year was to pick destinations that didn’t take super long to get to from our home base in Portland.  And obviously, not all of our trips stayed within this parameter, but the majority did.  We have done more US travel this year than in previous ones with trips to Charleston and Savannah, Alaska and more trips to Hawaii just to relax alongside some work.  We have only 2 international trips this year, our first to Asia back in March and our second to the UK in November.  After a couple years of lots of flying, we decided we needed a little bit of a break this year and I’ve actually really enjoyed getting to see places a little closer to home that have been on my travel list for a long time, like Charleston.  You don’t have to travel far to find amazing places and we’ve really taken that to heart this year and I’ve actually really loved it.

Choose destinations that we wanted to return to, but see different parts of those places.

We are doing a lot of return trips this year, partially because they are spots that we loved and partially because it’s just sort of how it worked out.  So far we’ve done return trips to Japan and Alaska, and later this year we’ll return to New Orleans and Scotland.  A lot of the places we’re returning to this year are places that we loved and wanted to explore more of.  Others, like New Orleans, are places that we felt like we needed to give another shot after not a super great experience the first time around.  Return trips are really important to me as a traveler because I don’t subscribe to the belief that you see a place once and never go back – what’s the point in that?  If I love a place, I want to go back again and again.  This year is definitely the year of return travel and so far, I’ve really enjoyed that.  I will say also though, the traveler in me is craving something different too, so I think next year, we’ll be peppering in more new places as well.

Taking longer trips, but less of them.

We experimented this year with the idea of doing longer trips that we are used to (7-10 days) and less of them throughout the year.  This goes somewhat hand in hand with my first point at the top about not traveling every month as we did more long trips throughout this year than more short ones.  I’ve come to the conclusion that for us, trips around the 5 day range are perfect.  I would rather travel more throughout the year for less days than longer trips less frequently.

And I know some people think this is crazy and believe me, I get a lot of push back on this.  But for me personally, for both work and mental health, I don’t like being gone for much longer than 7 days.  I also would rather see less of a place in one sitting and want to go back, rather than weeks somewhere and never return.  I realized this year that longer isn’t always better and for me, I would rather immerse myself deeply for a few days and travel more often.