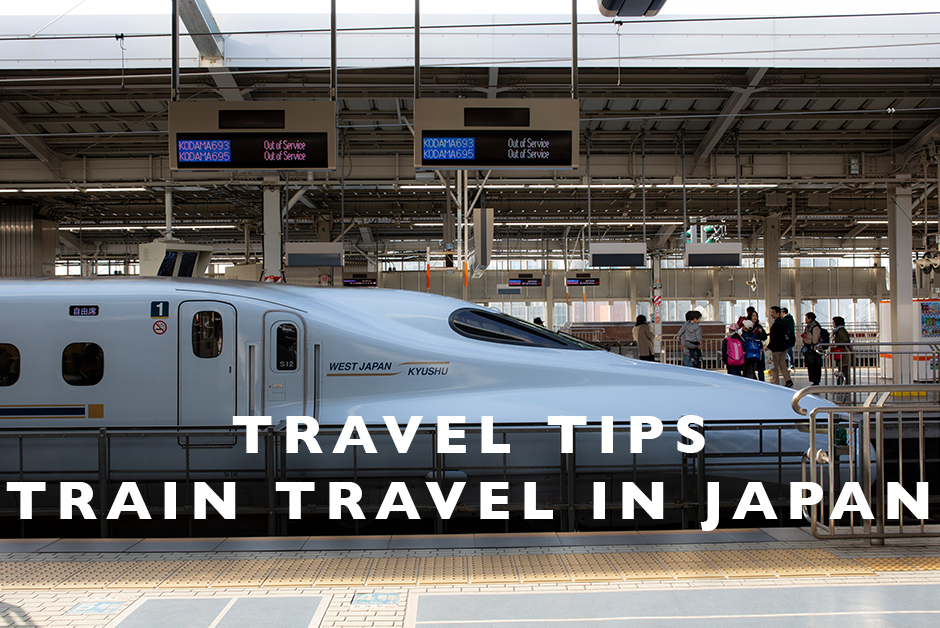 Nick and I love to be able to take trains when we travel over having to fly everywhere and unless flying really does make more sense, we’ll almost always opt for traveling by train.  In Japan, the train systems are top notch so they are well worth taking instead of flying around the country.  The system can be tricky though and some of the routes are harder to research before your trip than others, so today here are all my tips for train travel in Japan to make your trip so much easier!

Decide if the Japan Rail Pass Is Worth it for you

Before we left for Japan, I had done a bunch of research on the Japan Rail Pass that is recommended for tourists and saves you some money if you are going to be using the train systems a ton while traveling through Japan.  When I added it up though, we weren’t going to be using enough long distance trains for this to make sense for us, so we didn’t end up purchasing it and purchased all our train tickets on the ground in Japan.

There are a number of different train systems in Japan and you’ll want to know the differences between them to decide which is best for you.  There are local trains and subways within each city, regional trains (mostly run by JR), and then bullet trains that run different routes.

Regular regional trains often go to some of the same destinations as the bullet train but will take longer and make more stops.  Most of these are operated by JR (Japan Rail) and a good example of this are the train options to Kyoto from Shin-Osaka.  If you take the bullet train, you’ll pay more but you’ll be there in 14 minutes without stops.  If you take the JR regional train, it will be cheaper, there will be multiple stops and it will take you about 45 minutes.  So decide which is better for your budget and your itinerary and then purchase tickets accordingly.

Know when to buy tickets ahead of time

Some trains and routes require advance purchases for tickets, while others can be made same day.  A good rule of thumb is any larger tourist destination like Kyoto or Tokyo should be purchased ahead of time.  Or if you need specific times then you’ll want to purchase ahead of time.  Other smaller more regional routes are usually ok to purchase day of.

Use Apple Maps over Google maps

I prefer using Apple Maps over Google while in Japan because Apple maps actually gives you platform numbers for trains versus Google that doesn’t always have that information.  Apple tends to work better for me in Japan specifically and when you use their transit function, it will give you all the information you need for which trains to purchase tickets for and where to board them.

While you can try to map out routes in advance, it’s often better to map them out in Apple Maps shortly before you’re ready to travel as depending on the time of the day and where you are, multiple different options might be available.  For example when we did a day trip from Osaka to Nara, the direct Osaka Station to Nara Station wasn’t available for a while so Apple maps routed us on another train stopping at Tennojji and then continuing onto Nara so we arrived sooner than we would have with the direct train.  So check right before hand and you might get a different route than you had researched beforehand.

When using the ticket machines, click your route, then put coins/bills in

The ticket machines for subway and JR rail routes are a little tricky the first you use them, but here’s a few simple steps to help:

If you’re unsure, go to a ticket office.

If you’re unsure with the machines or the route you need to take, go to a ticket office.  Most have people that will try to help you and while they might not speak great English, they are more than willing to try and help you.  The Japanese people are so kind and will try as best they can to help you in any way so when in doubt try asking for help.

Check out our Tokyo Travel Guide in the Land of Marvels Shop for only $5!