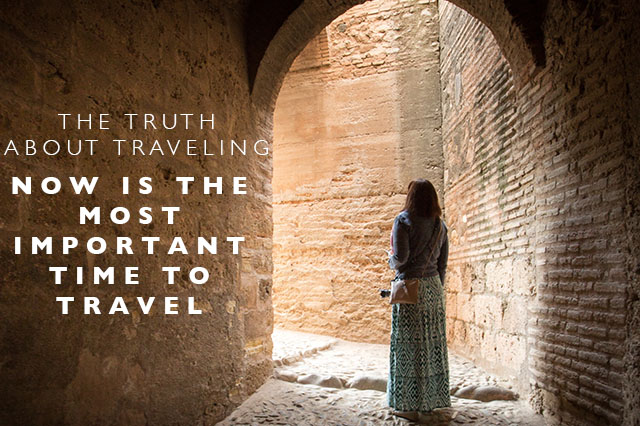 It seems these days every day we hear on the news about terrible crimes around the world.  In the very recent past attacks like in Paris and Beirut, followed by those in Mala, Istanbul and Indonesia have very unfortunately been happening all too often.  We live in a world currently where terror and violence are all too frequent and lives are lost for no real reason at all.  It’s an incredibly sad future we face at the moment, a future that seems so uncertain, a future that often might feel like we have no control over it at all.  And in times like these, many will retreat to their homes and take travel off the table.  Many will say, “I won’t travel to Paris or Lebanon or Africa right now because of the attacks.”  Many will say, “I don’t feel like flying is safe right now.”

It’s more important than ever to keep traveling now.  Traveling to Paris, or Beirut, or Africa, or Istanbul or Indonesia, to all those places that they would try to keep us from, to make us afraid.  The truth is that we as humans, we need to more readily support our brothers and sisters around the world.  We need to band together against the violence, against the terror.  We need to act as if there are no borders, as if the pain in Paris or Beirut or Mali is our own pain.  We need to act as citizens of this planet we call home instead of individual nations.  We need to cry when they cry, stand strong when they stand strong and embrace each other as equals.

Travel is one of those things that can unite us.  It’s being open to learning, to erasing ignorances, it’s about pushing ourselves to see the commonalities in each other instead of the differences.  Travel has the power to transcend borders, to push us forward instead of bending to the will of the few that would tear us apart.  So the next time you see the news and you think to yourself “I won’t travel for a while,” I would challenge you to think further and understand that by traveling we can help to heal the world as we open our eyes and our hearts to other cultures.  Now, in this uncertain world, is the most important time to travel, to bring about a new world full of love instead of hate, full of understanding for any culture that might be different from our own.  Now is the time to travel and to see that this world is still full of beautiful souls, interesting people and incredible wonders.