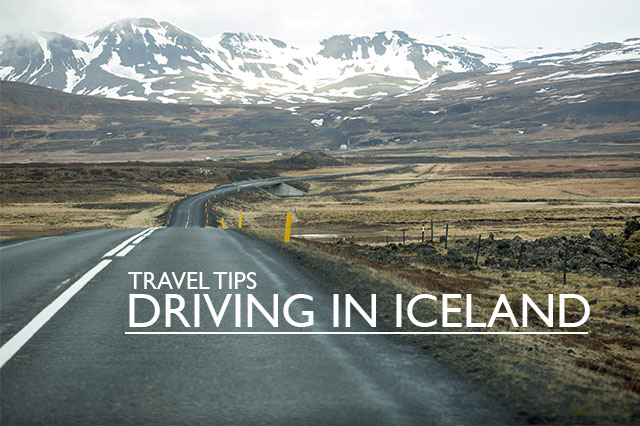 When we booked this Iceland trip, we knew we wanted to rent a car and drive around the island.  Our first trip a few years ago we had a private tour guide for a day that drove us around and after seeing the country on that trip, we knew the next time we returned we wanted to be able to have more free reign on where and when we headed somewhere instead of relying on someone else.  And also, after driving in a number of other countries throughout Europe in the past few years, we felt ready to take on the challenge of driving in Iceland.

When I searched for a post similar to this before we left, I had a hard time finding out small detailed information and tips for driving in Iceland, so after figuring these out on our own while driving around Iceland, here’s your one stop post for all you need to know about driving in Iceland!

1.  Get an N-1 gas gift card before you leave Reykjavik.

We spent a great deal of time driving to places that aren’t heavily populated like the Snæfellsnes peninsula and the North of Iceland, and we found along the way that hardly any of the gas station markets or attendants were open along the way.  Couple this with the fact that American credit cards don’t do pin numbers yet (which are mandatory on the Icelandic gas machines) and you could really have an issue out in the middle of no where if you can’t go inside a market to buy your gas.  The best option: buy an N1 (a huge gas station chain, they are everywhere) before you leave a major town like Reykjavik.  You’ll have no issues filling up with it.

2.  Beware of gravel roads not shown on maps.

When we mapped out our routes for this trip (which I would highly recommend doing before you leave), we did a lot of research into which were the best roads to travel on since even in May, many roads were still closed due to heavy snow.  But the one thing that we didn’t know, a lot of “highways” on the maps of Iceland can actually turn into gravel roads for a section or the remainder of the road.  We had about a 10km stretch of true hard gravel in a mountain pass on the Snæfellsnes peninsula that was pretty hard to drive on in our little car and we had to go really slow.  Beware that “highways” don’t mean the same thing in Iceland as they do in the States.

3.  Be safe on one lane bridges and passing.

When out in the Icelandic countryside, many bridges become one lane and you need to wait for others to go from the other direction before passing.  Make sure to be safe and always drive slower than normal when on one lane bridges and roads.  When passing as well, be safe and follow the rules.

4.  Know the speed limits throughout the country.

Iceland does a great job of posting speed limits on their roads, but it doesn’t hurt to know the general speeds throughout the country: 90km/hour on highways, 70 when coming into towns, 50km while in towns and between 60km/hour and 80 while driving around Reykjavik.  Also side note: there are quite a few speed cameras around Iceland on highways, but you’ll see signs for them before you’re coming up to them, so just keep an eye out.

5.  Check the roads online before you travel.

6.  Load your GPS maps before you leave a city in case you don’t have signal later.

There are obviously a lot of places throughout Iceland where you don’t have a phone/date signal since the country is so vast and isolated in parts.  So if you’re using your phones GPS for directions, be sure to load the directions and maps before you leave a city so it stores the information.  I also printed off Google directions from each place we were headed before we left, so in case our phones died or we lost signal, we still had paper copies.  We also had a real paper map as well, just to be safe.

Since a lot might not be open at all hours throughout the country or you might be driving for hours without going through a town, bring snacks to tide you over in between the long stretches between towns.